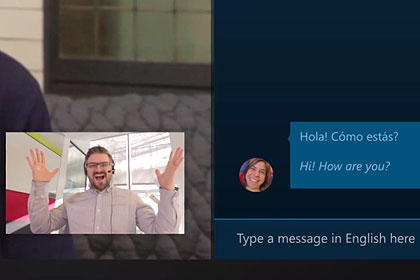 Microsoft’s Skype software will start translating voice calls between people today. As part of a preview program, Skype Translator makes it possible for English and Spanish speakers to communicate in their native language, without having to learn a new one. It sounds like magic , but it’s the result of years of work from Microsoft’s research team and Skype to provide an early working copy of software that could help change the way the world communicates in the future.

Skype Translator Preview works on Windows 8.1 or preview copies of Windows 10, and it works by translating voice input from an English or Spanish speaker into text and translated audio. An English speaker will hear a translation from a Spanish speaker, and vice versa. Microsoft previously demonstrated the technology working between English and German, but Spanish will be the only language outside of English that will be initially supported during the preview.