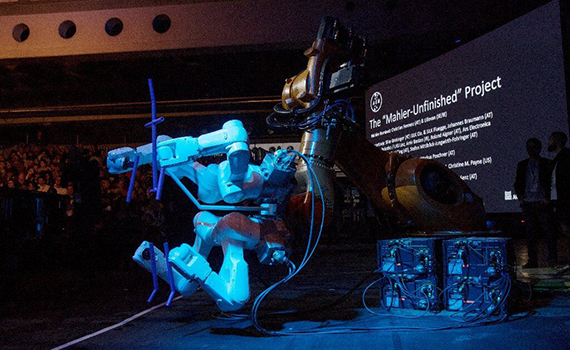 Gustav Mahler died in the spring of 1911, having never had time to finish his tenth symphony, which he began in the summer of 1910. During his lifetime, this man was famous as one of the best conductors in the world, but few appreciated his talents as a composer. Only half a century after death, Mahler's works became popular. And the unfinished symphony No. 10 aroused great interest, because it will remain incomplete.

However, using modern methods, scientists tried to “resurrect” the spirit of the deceased composer. They created a neural network that analyzed the first six minutes of Mahler’s tenth symphony and began to put forward their options for its continuation. The program offered a choice of four options out of ten notes, then a person chose from them the best. Then the AI ​​again analyzed the music and offered its own sequence of notes and so on.

The creators of the technology also interviewed some viewers, and it turned out that many noticed when the original work ended and the part generated by artificial intelligence began. According to them, in the work the emotional depth ceased to be felt. The creators admit that although the program has analyzed a sufficient amount of data, it does not manage to recreate the typical features of the composer, and its lovers can easily notice the catch.

While working on this technology, scientists wondered if artificial intelligence can be so smart as to independently create entire musical works from scratch, or is it the prerogative of only humans? Until such programs have been created, AI still needs human control in order to “compose” something really worthwhile. The creators compare this feature of artificial intelligence with writing pictures using software: even with the advent of special programs, paintings by good artists do not lose popularity.