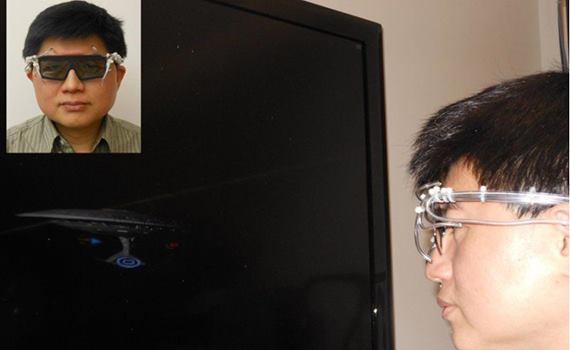 Developers from the University of California created "4D-glasses", which will allow objects from the films to touch the viewer while watching. In order to enhance the effect of presence, the glasses begin to literally "touch" the user, adding additional sensations when viewing, for example, when a moving object appears on the screen.

Neuroscientists, who took part in the development, were engaged in studying various areas of the brain responsible for vision and reaction to touch. These glasses were created to deceive the brain and should help scientists in the work on the study of the mechanisms of the brain. Nevertheless, the developers believe that their glasses will be useful in much more ordinary situations, so they are sure that glasses will be an excellent addition when watching movies, playing games with augmented, virtual reality and in other entertainments.

When an object begins to "approach" a person, it senses air currents created by small generators built into the headset. At the same time, the mechanism is triggered at a strictly defined time - an ideal presence effect is achieved in the interval between 800 and 1000 ms. While the glasses look pretty unpresentable, which, incidentally, is quite common for an early prototype. Nevertheless, they cope with the task perfectly. It is not known whether they will ever be on sale, because to make this tube, screed and lens construction a full-fledged gaming gadget, it will have to be worked on as yet.