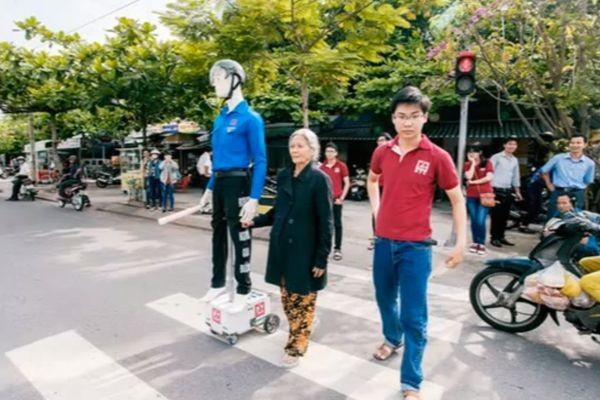 The robot has an impressive appearance with almost two meters tall, uniform, helmet and scepter in his right hand. It moves, recognizing the environment by using an array of ultrasonic sensors. Before crossing a pedestrian across the street, the robot appears to him, saying pre-recorded phrase, and says goodbye in the other side, turns around and returns to its initial position. Each crossroads of the street takes one and a half to two minutes; the battery lasts for 50 transitions. Robot makes a verbal warning to the violators of traffic rules, the local press reports.