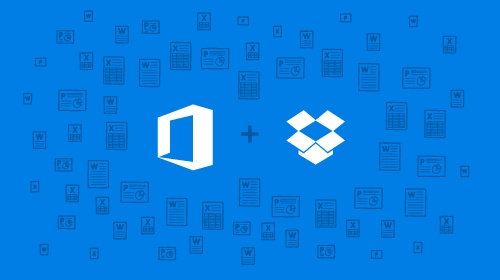 The collaboration between Microsoft and Dropbox will give users viewing a document in Dropbox the option to open it in the appropriate Office 365 app when they click "edit".

When using Office’s mobile apps or Website, Dropbox will soon appear as an optional storage location alongside Microsoft’s own OneDrive service, and users will be able to generate Dropbox sharing links from within the Office app. Dropbox’s own apps will also link back to Office, letting users edit documents and save any changes to the cloud.

The new functionality will head to iOS and Android in the new few weeks, and to the Web in the first half of 2015. Microsoft’s press release says Dropbox will make its apps available on Windows phones and tablets. Note that unofficial, knockoff Dropbox apps already exist, though most are of middling quality.