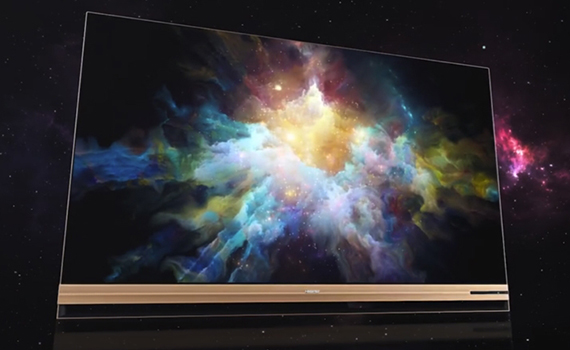 The company Hisense announced the U9e series TVs: it is claimed that these are the world's first panels made using Dual-Image technology.

The display device, in fact, is a combination of a traditional color LCD-display and an additional monochrome display. This decision was named BD Cell, and specialists from the Chinese company BOE took part in its development.

It is argued that the applied technology provides a number of advantages compared with conventional LCD panels. So, the contrast increases by about an order of magnitude. In the case of the Hisense U9e, this value exceeds 150,000: 1.

In terms of image quality, new TVs are comparable to panels on organic light-emitting diodes (OLED), but at the same time they are noticeably lower. It is a question of a magnificent color rendition.

Today, the Hisense U9e series features three models — 55 inches in size, 65 inches in size and 75 inches in diagonal. The resolution is not specified, but it can be assumed that the new items correspond to the 4K format.

This year, only the 65-inch version will go on sale: its price will be about $ 2,600. Two other models will be available next year.