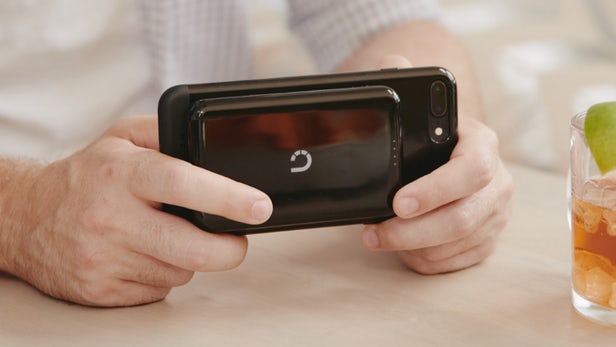 Power Bank Prelude sticks to the smartphone and transmits energy to it on the go 12.10.2018    14:37 / Technological innovations

Brand Bezalel launched a new gadget – it is a compact power bank called “Prelude”, created for wireless recharging of smartphones on the go. It is distinguished by its small size and the function of fish-sticking “, this satellite device, which does not interfere with the operation of the main gadget.

That is, it is one or a maximum of two full charges of the resource-intensive flagship smartphone. But we share this accessory with all iPhone models from 8 and newer, Samsung Galaxy S6 and higher, as well as phones from LG, Sony and BlackBerry.

The Prelude uses wireless technology to transmit energy, and therefore does not require a cable connection and does not occupy the external ports of the smartphone. Unlike analogs, it is mounted not on the magnetic overlay on the body of the main gadget, but directly, with the help of small suckers. Powerbank sticks almost literally to merge with the base device and not interfere with its operation. The design in the hand will be weighty, but quite ergonomic, the authors of the startup assure.

The cost of a single Prelude for investors on Kickstarter will be $ 45, deliveries are planned to begin in December of this year. In winter, smartphones and other electronics are discharging faster – and there will be a great chance to evaluate how wireless “sticky” power banks are actually effective and convenient.