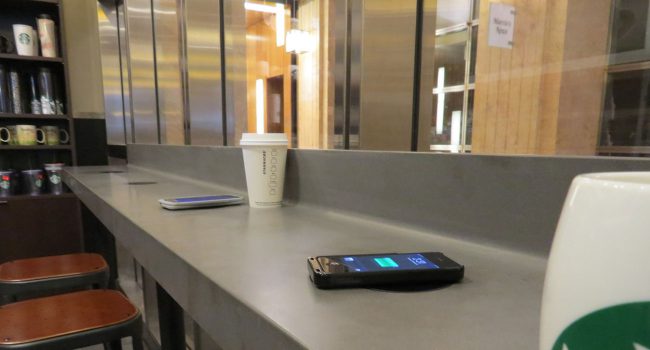 Over the last few years, products for wireless charging have been popping up, allowing users to place their phones on hubs to be charged instead of cables.  Israeli technology startup Wi-Charge is taking the wireless charging game to the next level, making it truly contactless.

Wi-Charge currently has several products in testing, but all of them works through charging devices with an infrared light beam. The devices are to be attached to the ceiling where they can deliver up to 10W of power from over 30 feet to not only one but multiple devices at the same time. Tests from before show that this method charges a bit slower than using cables. But as they are currently in their beta-testing mode, final tweaks and adjustments should get it up to speed with normal cables. Just imagine how much easier it would be to have a unlimited and safe power source charging your phone and other devices without having to put them down.

In order for Wi-Charge devices to work, users need to install paired wireless power transmitter that can come in either a plug-in or a sleeve (for phones). And depending on which product you choose between RAYO, KIIK, or LIGHTS, you can charge various devices at the same time. RAYO is more for serious business like smoke and motion detectors, thermostats, smart meters, beacons, and electronic labels. KIIK covers the serious stuff that RAYO does and also multimedia items like phones. But for purely multimedia and recreational use, LIGHTS will be the better option, because it focuses on giving most power to high battery-consumption devices.