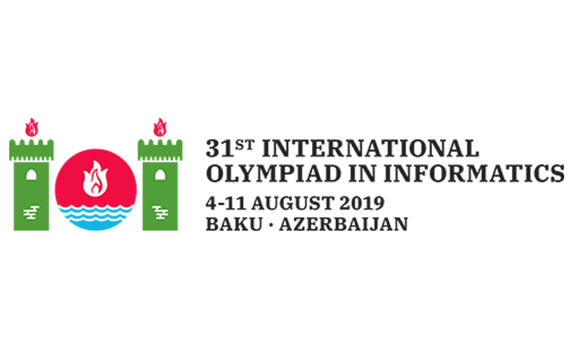 The opening ceremony of the 31st International Olympiad in Informatics (IOI) will be held at the Baku Convention Center.

The IOI 2019 delegations representing 88 countries and regions will be presented to the audience.

Official delegations consisting of more than 600 pupils, teachers and experts from 88 countries and regions, including the Azerbaijani team have registered to participate in the International Olympiad in Informatics, which is being held in Azerbaijan for the first time.

To organize the event at a high level, places that meet modern requirements have been selected. So, the main competition will be held at the National Gymnastics Arena, the opening ceremony - the Baku Congress Center, the closing ceremony - the Heydar Aliyev Center.

Today, at the official opening ceremony in the Baku Congress Center, along with participants, government officials, ambassadors of foreign countries and other guests will attend.

The International Olympiad in Informatics, which is of great importance for our country, is being held at the initiative of the Ministry of Education and with the assistance of the University of ADA, the Ministry of Transport, Communications and High Technologies, and other government agencies.