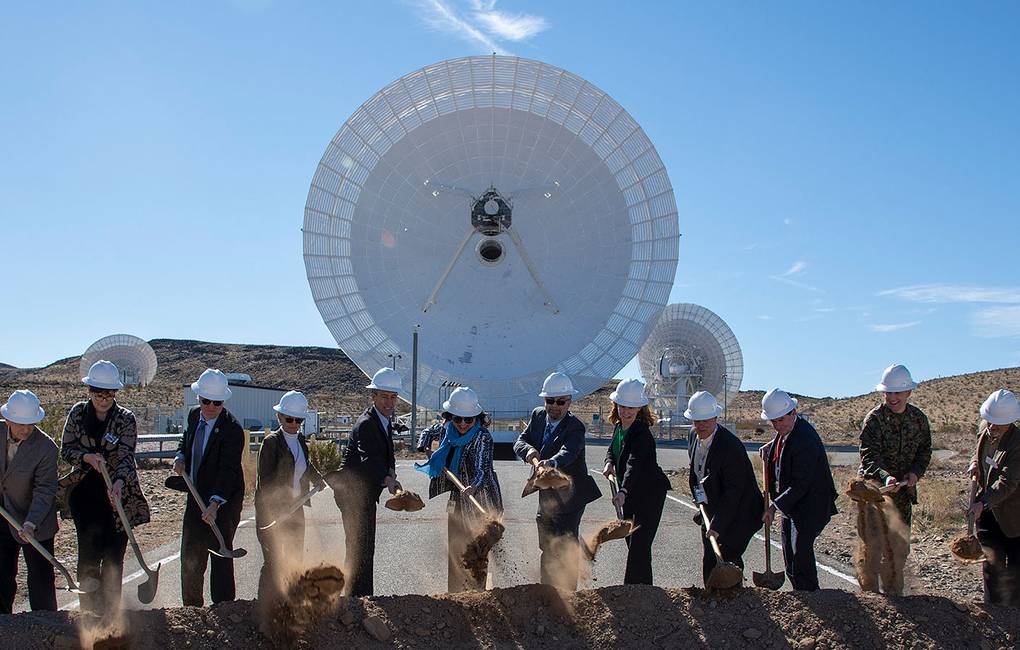 NASA experts began the construction of a new 34-meter radio tower in the California part of the Mojave Desert. It should become one of the main means of communication with future expeditions to the moon and Mars.

According to the ITAR-TASS news agency, NASA's long-distance space communications network (DSN) combines dozens of powerful radio towers that generate powerful pulses of radio waves and pick up very weak space signals. It consists of three separate complexes, which are located on the territory of the Goldstone Observatory in southern California, as well as its counterparts in the vicinity of Madrid (Spain) and Canberra (Australia).

These antennas are located in such a way that NASA experts can communicate around the clock with all the devices and manned missions that the United States or other countries send to outer space. Each complex is equipped with three or four 34-meter antennas, as well as several smaller receivers and emitters.

In total, NASA experts planned to install six more 34-meter antennas, two in each complex. Some of them have already been commissioned in Spain and Australia over the past four years, while others continue to be built.

NASA engineers began to assemble a new antenna, which will be installed at the Goldstone Observatory. This is the first update to the US DSN since 2003. According to the current plans of the aerospace agency, the construction of a new antenna, named DSS-23, should be completed in about 2.5 years, by the time the first repeated expeditions to the moon are sent under the Artemis program.