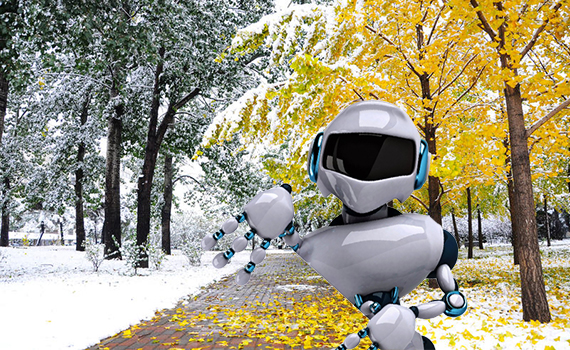 Over the past ten years, new achievements in the field of artificial intelligence have been achieved. Nevertheless, at present, experts consider it necessary to overestimate the capabilities of the technology and begin a new stage.

In the early 2010s, one of the world leaders in AI used the term DeepMind and Artificial General Intelligence.

In 2014, Oxford University philosopher Nick Bostrom noted that the book "super-intelligence" predicted a world where cars are controlled reliably. But over time, this forecast did not pay off. In his opinion, even the smartest computers at the end of 2019, as before, differed only in solving “narrow” problems.

Hari Marcus, an artificial intelligence researcher at New York University, said that until the end of the decade there was an understanding that existing methods could still carry us. But now, to continue the industry, a “real” novelty is needed.

“With the many discoveries of society, new and complex problems arise,” said Koray Javukkuoglu, vice president of research at DeepMind. He noted that “artificial intelligence is a long-term scientific journey. We believe that artificial intelligence will become one of the most powerful technologies created so far - it will open the solution to thousands of problems. Over the next decade, renewed efforts will be made to generalize the capabilities of artificial intelligence systems to help realize this potential. ”

According to bbc.com,, the industry has come a long way over the past ten years, but AI machines are still far from scientific and technological progress to make them smart. One of the biggest problems is to develop the processing power needed to be more efficient in terms of information and successfully solve the problem. Experts emphasized that effective steps have been taken in this area to expand the data, but the calculations are not suitable for each problem and scale. They noted that they should work better with less data and generalize more.

Experts note that in the last decade, the term “artificial intelligence” has become unsuccessful and is used by companies for marketing purposes.