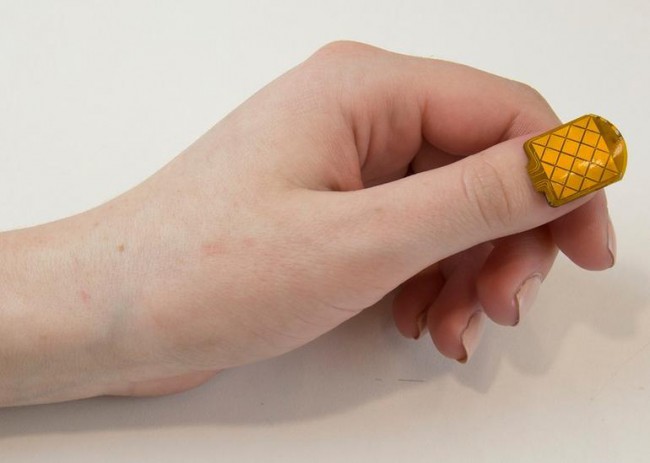 Unobtrusive wearable sensor could operate digital devices or augment other device interfaces. The technology lets users control wireless devices when their hands are full — answering the phone while cooking, for instance. It could also augment other interfaces, allowing someone texting on a cellphone, say, to toggle between symbol sets without interrupting his or her typing. Finally, it could enable subtle communication in circumstances that require it, such as sending a quick text to a child while attending an important meeting.

The researchers describe a prototype of the device, called NailO, in a paper they’re presenting next week at the Association for Computing Machinery’s Computer-Human Interaction conference in Seoul, South Korea.