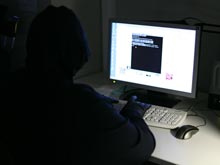 UK cyber security professionals have identified Russia and China as the countries that produce the most skilled hackers, according to a survey carried out by information security consultancy,MWR InfoSecurity. Thirty four per cent believed that the hackers with the highest skills come from Russia, with China in second at 18%. Almost a third of respondents surveyed at a recent IT conference linked the success of their overseas counterparts to a combination of more investment, better education and political motivations.

Interestingly, almost three-quarters (73%) of IT professionals surveyed attributed the success that other countries have with a skilled workforce of hackers to the fact that they’ve spent more on investment (11%), better education (14%) are politically motivated (17%) or a combination of all three (31%).