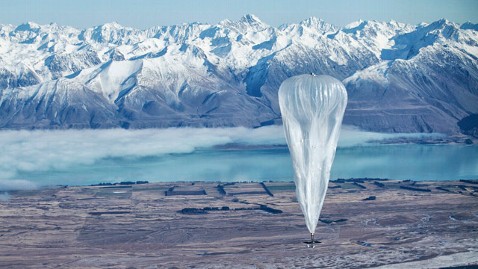 Search-engine giant Google now wants to produce balloon-powered Internet for rural areas. The company announced the start of Project Loon, a plan to send large floating balloons into the stratosphere to provide Internet access to rural or remote areas, in addition to helping people get online after major disasters.

According the project’s website, each balloon can provide Internet service to a 40 kilometer diameter area with speed equivalent to a 3G connection. The balloons would float at an altitude higher than air traffic or weather patterns. The balloons would be steered by “sailing” through winds from controllers on the ground.