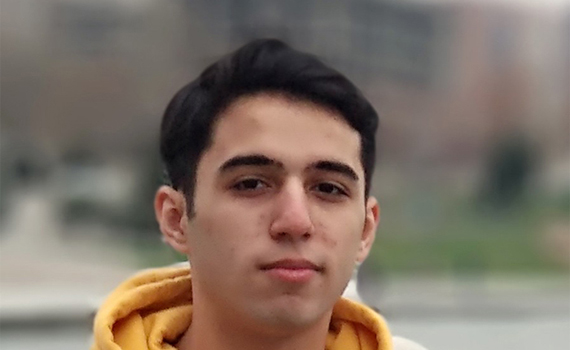 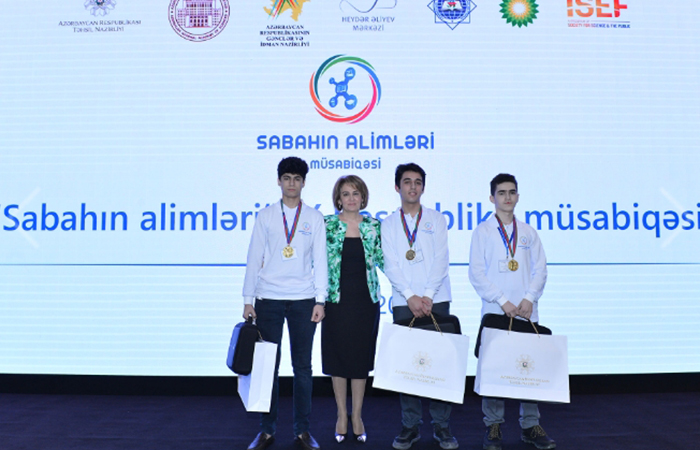 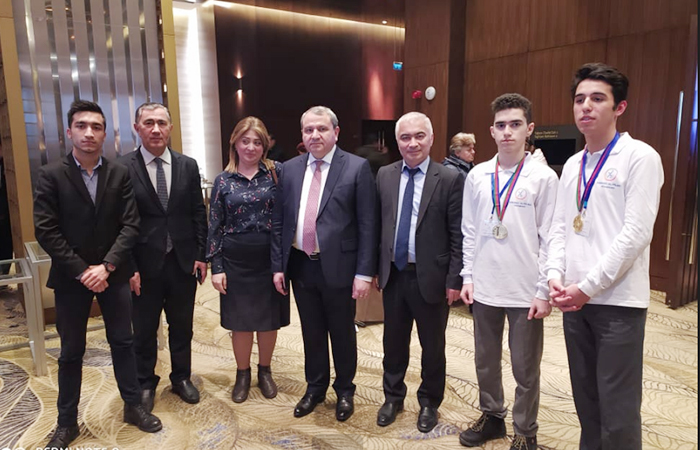 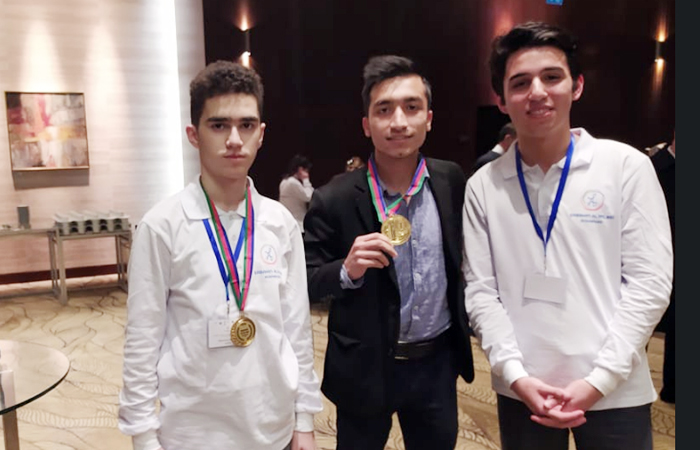 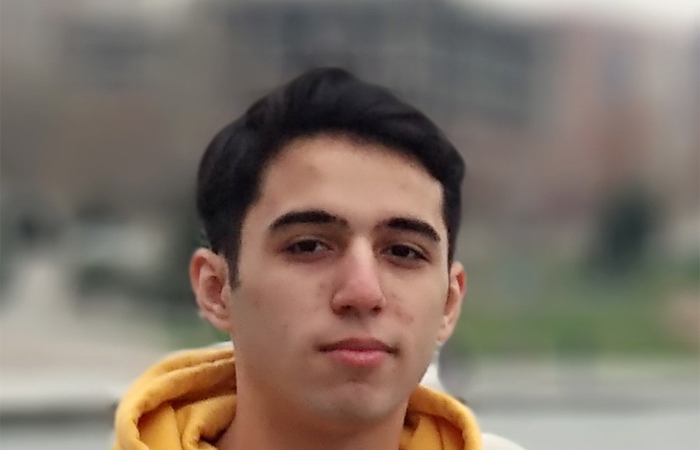 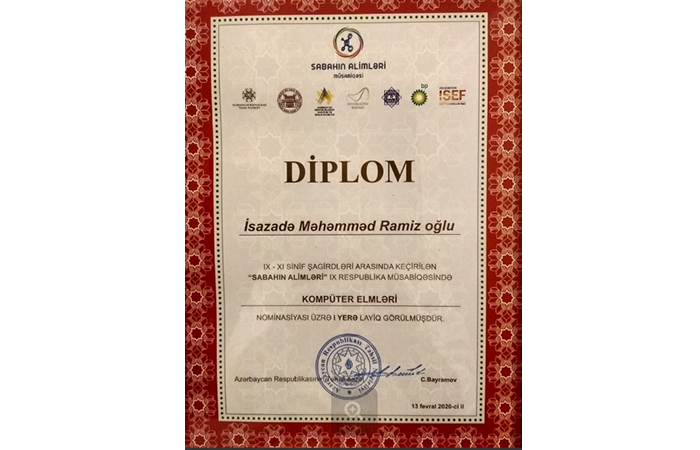 Projects led by the Institute's staff were awarded first and second places in the "Scientists of Tomorrow" competition 14.02.2020    16:13 / Important events

Winners of the IX Republican Competition of Scientists of Tomorrow held on February 11-13, 2020 in the framework of the International Science and Engineering Fair (ISEF). The students participated in the competition on 8 areas - 1) Mathematics; 2) physics and astronomy; 3) chemistry; 4) biology; 5) medicine and health; 6) ecology and environmental management; 7) engineering and 8) computer science. Of the 370 projects, 187 competed in the final round.

The project "Plant Disease & Cause Detection using Deep Learning” developed by Ruslan Bayramov, 11th-grade student of the academic lyceum named after academician Zarifa Aliyeva, was awarded the second place as well.  It can be used by small and medium-sized entrepreneurs in farming and with the help of Deep Learning, the robot is able to detect the diseases in plants and its causes. The supervisor of Plant Disease & Cause Detection using Deep Learning is Associate Professor of IIT of ANAS Yadigar Imamverdiyev.

Of the projects submitted in 8 areas, only 6 projects were awarded 1st place and 16 projects - II place.