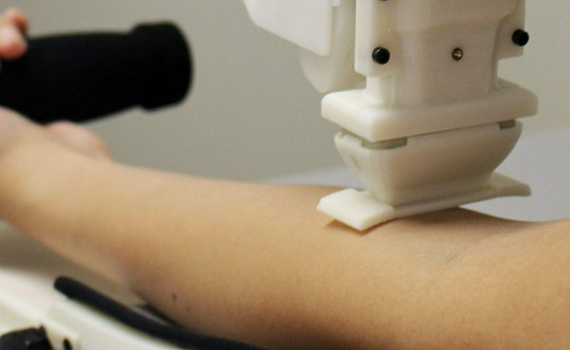 Scientists have successfully tested a robot that confidently draws blood even from complex veins. And after the procedure, he analyzes the samples. In the future, he will be able to replace nurses in other procedures.

Scientists from Rutgers University (USA) completed the first clinical study of a robot for venous blood sampling and its subsequent analysis. The effectiveness of the robot was at a level and even higher than that currently demonstrated by medical workers.

Scientists said the results were compared with clinical standards and even exceeded them.

Nurses have difficulty collecting blood in 27% of patients whose veins are poorly visible and in 40% of people with weak palpation of the veins, hightech.plus reports. Repeated needle insertion can cause vein injury, thrombosis and phlebitis. In addition, such procedures significantly extend the time of admission. In the United States alone, the consequences of this are estimated at $ 4 billion per year.

The robot can quickly and safely perform a procedure for humans, preventing complications and pain. The device operates using ultrasonic testing, and also includes a centrifuge-based analyzer module for processing samples.

Now the team is working on the next version of the robot. In addition to taking blood from a vein, the device is also planned to be used for intravenous catheterization, dialysis and other procedures.