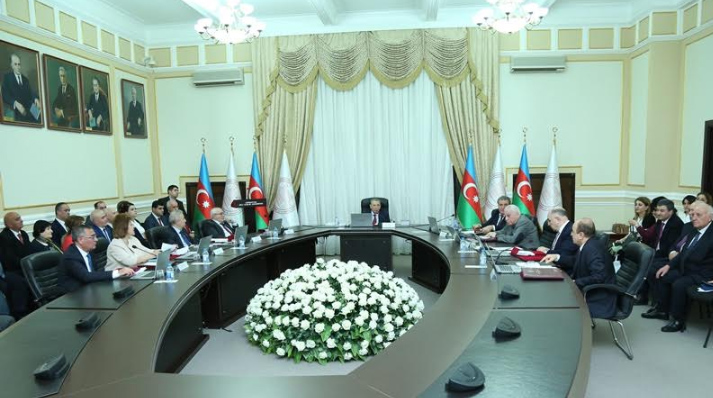 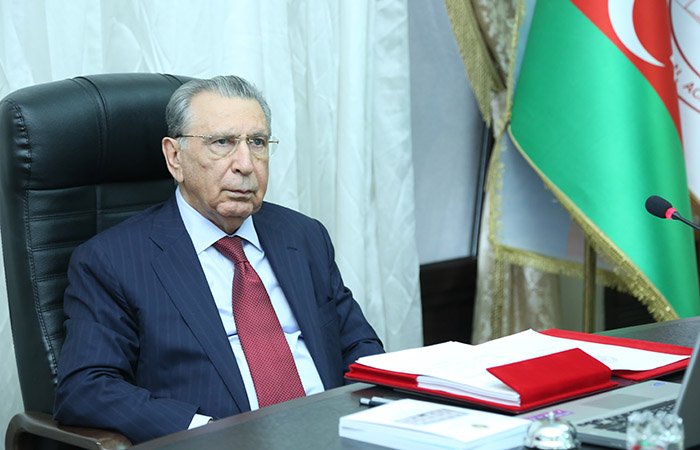 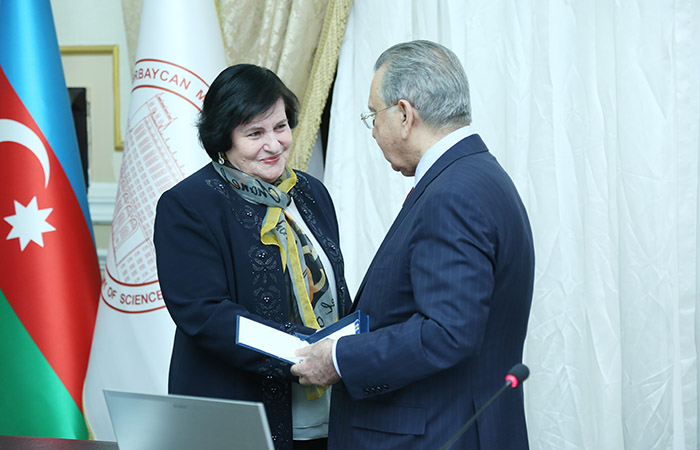 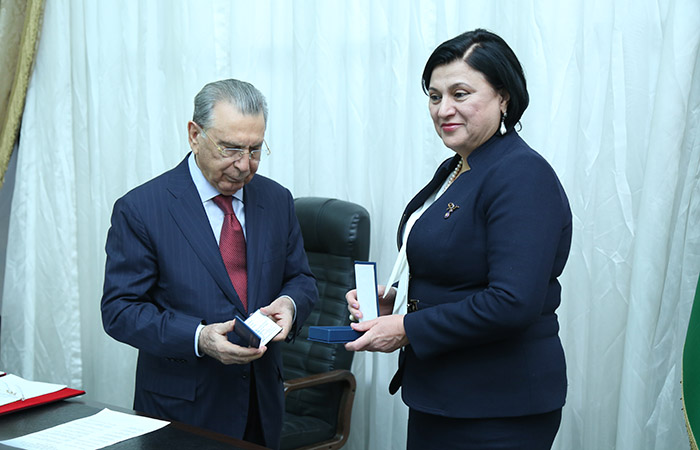 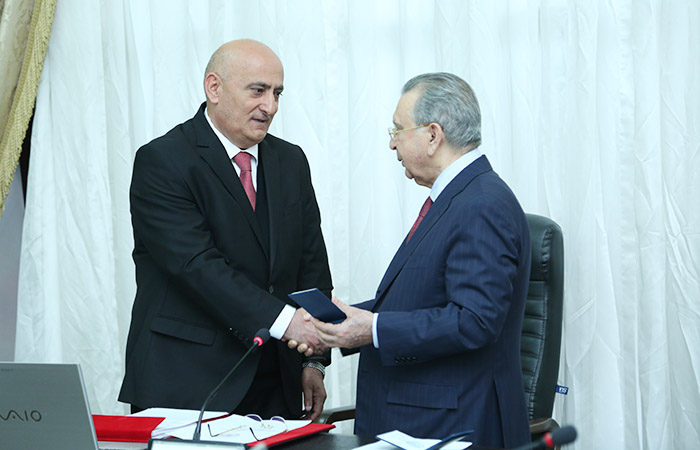 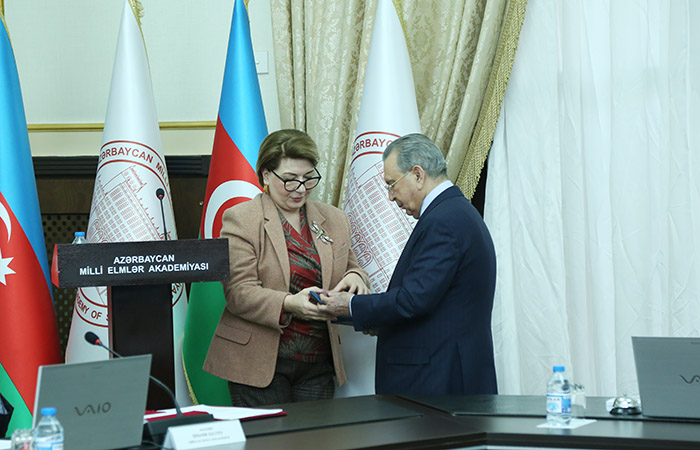 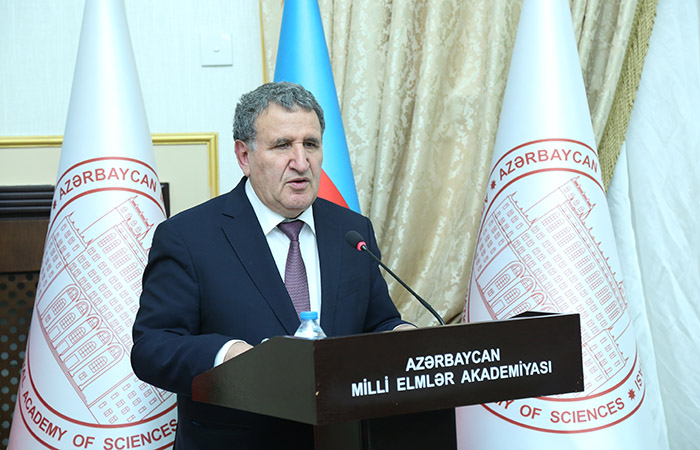 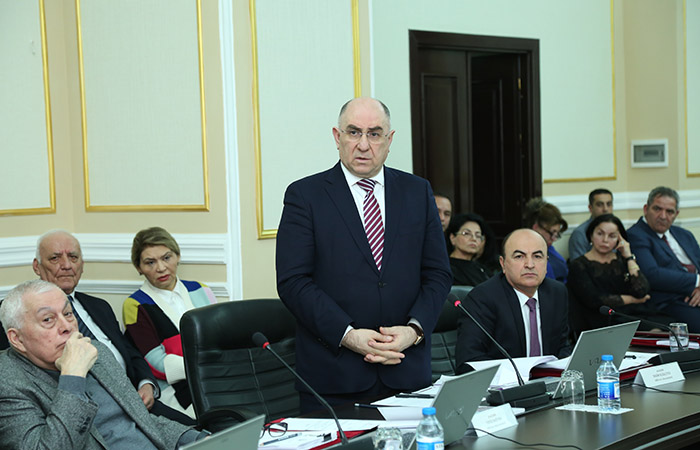 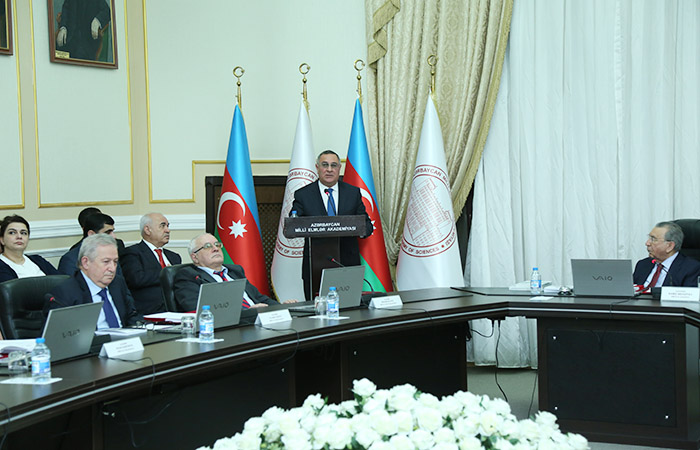 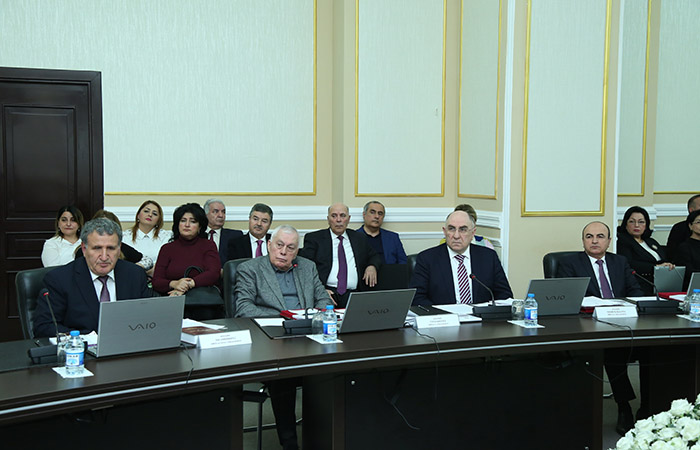 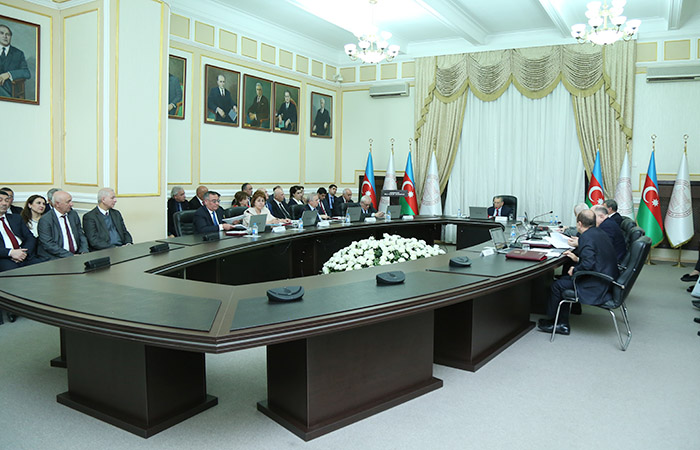 On February 5, a regular meeting of the Presidium of Azerbaijan National Academy of Sciences was held.

Opening the event, academician Ramiz Mehdiyev noted that today reports will be listened on the results of scientific-organizational activities of the ANAS Division of Social Sciences and ANAS Nakhchivan Division in 2019.

Then, the report of the Division of Social Sciences was presented by the first vice-president of ANAS, academician Isa Habibbeyli. The academician informed that in the reporting year, decrees and orders of the President of the Republic of Azerbaijan, state programs and strategies, orders of the head of ANAS, resolutions of the General Meeting and the Presidium of ANAS were taken as the basis for the activities of the scientific institutions of the Division, and numerous activities were carried out in the Division of Social Sciences of ANAS with the orders of the head of state “On declaring 2019 the Year of Nasimi in the Republic of Azerbaijan,” “On the 150th anniversary of Ahmad bey Aghaoglu,” “On the 150th anniversary of Jalil Mammadguluzadeh”, etc.

Noting that in 2019, scientific institutions of the Division conducted research at 272 stages in 8 scientific areas, covering 33 problems, 305 works on 132 topics and, 45 topics, 127 works in 212 stages were completed, academician Isa Habibbayli said.

Talking in detail about the training of scientific personnel, the speaker noted that currently 76 doctoral students and 259 dissertators, as well as 11 graduates, are studying in the Division.

By a resolution of the Presidium, a report on the scientific and scientific-organizational activities of the ANAS Division of Social Sciences was approved in 2019, it was decided to include the obtained scientific results in ANAS annual report. The resolution reflected such issues as conducting scientific research based on the ideology of Azerbaijanism, ensuring that research is focused on the socio-economic and cultural development of an independent Azerbaijani state, even more actively integrating the department’s scientists in international scientific programs, further expanding ties with local and foreign scientific organizations, etc.

The next item on the agenda was the scientific, scientific and organizational activities of the Nakhchivan Division of ANAS in 2019. Delivering a report, chairman of the Division academician Ismayil Hajiyev, said that last year the activities of the organization he led were based on the orders, decisions, instructions and recommendations of the President of the Republic of Azerbaijan, the Cabinet of Ministers of the Republic of Azerbaijan, the Supreme Majlis of the Nakhchivan Autonomous Republic, the President, the General Meeting and the Presidium of ANAS, as well as implemented important measures aimed at resolving issues related to the implementation of state programs and strategies.

The speaker noted that in the reporting year, 37 works were carried out, covering 6 scientific areas, 6 problems and 7 topics, at 99 stages, studies were completed 96 stages, 8 important scientific results were obtained.

Speaking about the publishing activities of the Division, academician said that in 2019 18 monographs of Division employees, were published, (4 abroad), 9 books, 1 brochure, 3 teaching aids, 551 scientific articles, (75 abroad), 223 conference materials, (58 abroad), 7 theses, one of which was published abroad, and four booklets were compiled by scientists. Having said that 445 articles, 93 of which were published abroad, were published in authoritative scientific journals with an international code, and 37 articles were published in impact journals, which are included in Web of Science, Scopus and other scientific bases, the chairman of the Division emphasized that 10 of them are included in the list of Clarivate Analytics (Thomson Reuters), and added that the works of scientists were referenced 340 times.

Speaking about the Division’s international relations academician Ismayil Hajiyev noted that scientists cooperate with research centers in Turkey, Northern Macedonia, Kazakhstan, Iran, Russia, the USA, Australia, France, Georgia and other countries of the world. He said that in 2019, work on 2 grants of the republican level was completed in the Nakhchivan Division of ANAS, and work on 3 grants (2 international and 1 republican level) was ongoing.

In the report, academician Ismail Hajiyev also spoke in detail about conferences and sessions organized in scientific institutions of the Division, materials posted on the electronic portal of the Division, extrabudgetary funds received, activities carried out in the field of training, integration of science and education, etc.

After listening to the report, discussions were held, questions were responded. After discussions, the report on the scientific and scientific-organizational activities of the Nakhchivan Division of ANAS in 2019 was approved, Division was given relevant instructions in connection with its further activities.

Another issue brought up for consideration was the issue of the Association Azerbaijan Native Scientists who work abroad. In his speech on this issue, ANAS academician-secretary, ANAS corresponding member Aminagha Sadigov said that the accelerated development of relations between countries, the presence of global problems in the world and the increasing expansion of the integration of sciences determine the joint activities of scientists. Noting that at present many scientists of Azerbaijani origin work in many leading scientific and educational centers of the world, who represent various scientific branches, the academician-secretary emphasized that it is necessary to take comprehensive measures aimed at establishing scientific relations with these scientists and purposefully applying their scientific potential and rich experience.

Considering all of the above, the Presidium adopted a resolution on the creation in the ANAS of the Association of Azerbaijan Native Scientists who work abroad.