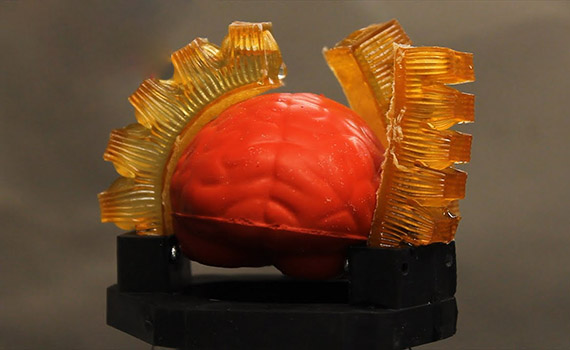 Scientists have created a robot that “sweats” during complex tasks to avoid overheating.

Robots are becoming more sophisticated every day, and more complex tasks are set in front of the machines, which make them emit more heat. If there is no cooling system, this heat can lead to malfunction of the robot.

Researchers at Cornell University have developed a technique that allows machines to "sweat" with coolant, which is stored next to the component responsible for moving and controlling the system.

The system for soft robotic capture was made using a 3D printer, “Nauka” channel reports. It consists of an internal fluid reservoir of small pores on the surface of the robot. The outer layer of the finger-shaped grip expands with increasing temperature, causing expansion of the pores and the exit of fluid. When the liquid evaporates, the capture cools. Experiments have shown that this cooling system works more efficiently than perspiration in humans. However, the project needs to be finalized, because the team has not yet been able to find a way to make up for the loss of robot water during operation.