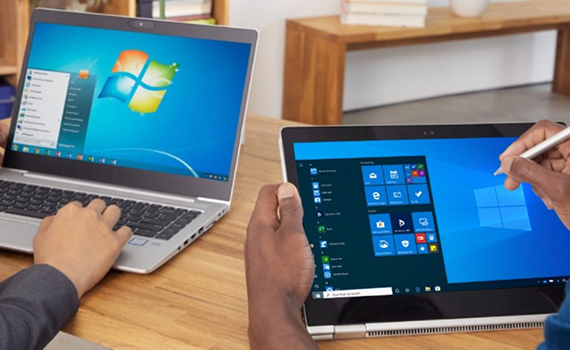 Support for the Windows 7 operating system ends tomorrow. In this regard, Microsoft has published an impressive article advising users of Windows 7 to switch to a new computer.

According to yamobi.ru, Microsoft recommends 400 million users to buy a new computer instead of updating Windows. Moreover, the company recommends switching to branded devices of the Surface series. In the section of the article for frequently asked questions, it is specified that it is better for users to buy a new PC, and not just update the system on an already used device:

For most Windows 7 users, we recommend switching to a new device with Windows 10 Pro. Surface devices are faster, lighter, more powerful and more secure, with an average price significantly lower than the average PC eight years ago.

The developers also clarified that a simple upgrade of Windows 7 to Windows 10 is not recommended, as certain components and drivers may not work correctly.

For regular users, extended support for Windows 7 ends January 14, 2020. Microsoft has been warning users about the imminent death of Windows 7 for several months now and is proposing a switch to Windows 10. However, users are in no hurry to follow Microsoft's advice. According to statistics, at the moment in the world there are still about 400 million users of Windows 7.