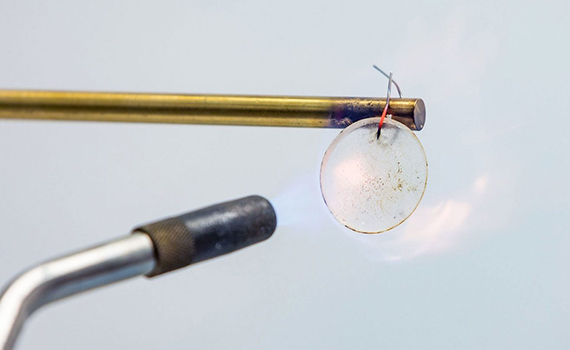 Scientists at the Johns Hopkins Applied Physics Laboratory have created the world's most durable battery. It can withstand fire, any chemical compounds, water and even shots.

A team of researchers led by physicists at the Johns Hopkins Applied Physics Laboratory (APL) for five years developed a lithium-ion battery that is resistant to all kinds of deformations. Scientists tried to cut, bend, shoot at her and soak in various substances, but she continued to work. Now, researchers have made it also fireproof.

According to hightech.fm, the electrolyte, a chemical compound that separates the positive and negative charge, was used to make the battery. The APL team found that by increasing the concentration of lithium salts and mixing the electrolyte with a polymer - a material that resembles a very soft plastic - they can ensure that the battery works under conditions in which it did not work before.

During each test, the battery continued to operate. After it was burned, the charred part was cut off, but even under these conditions, it worked in normal mode for 100 hours.

The APL team is already in talks with undisclosed manufacturers, who, they said, could integrate the new chemical composition and form factor into existing lithium-ion plants. According to him, it can appear on the market within two years.