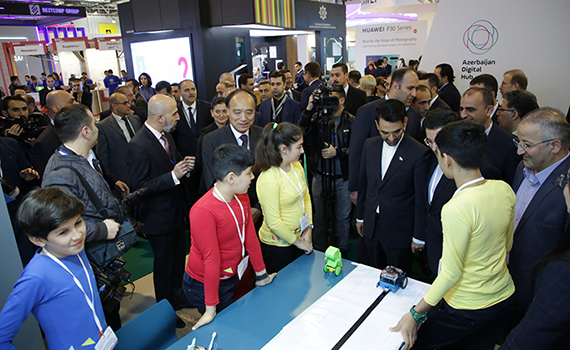 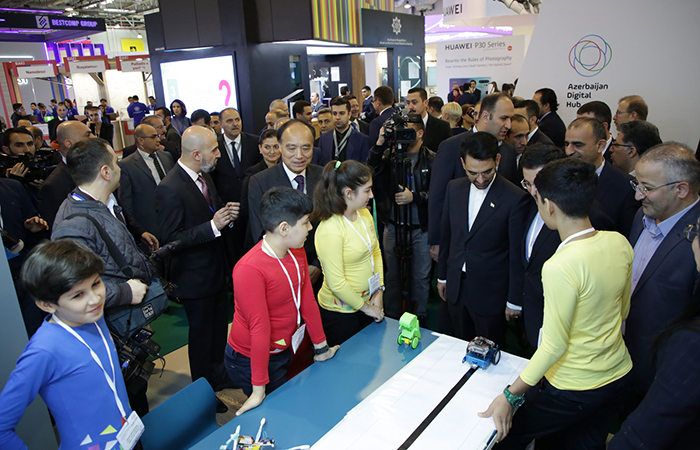 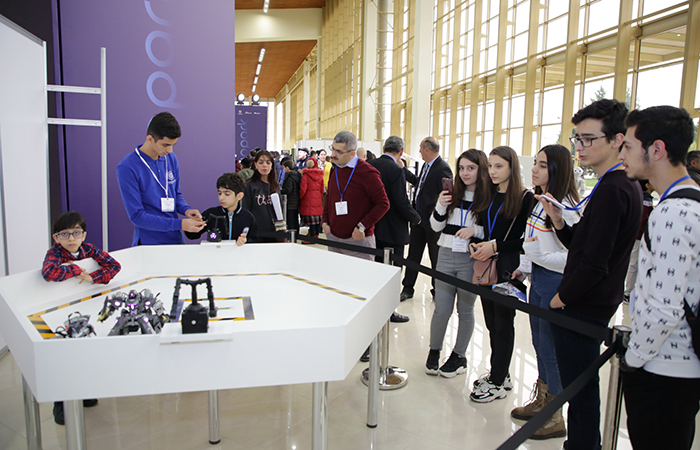 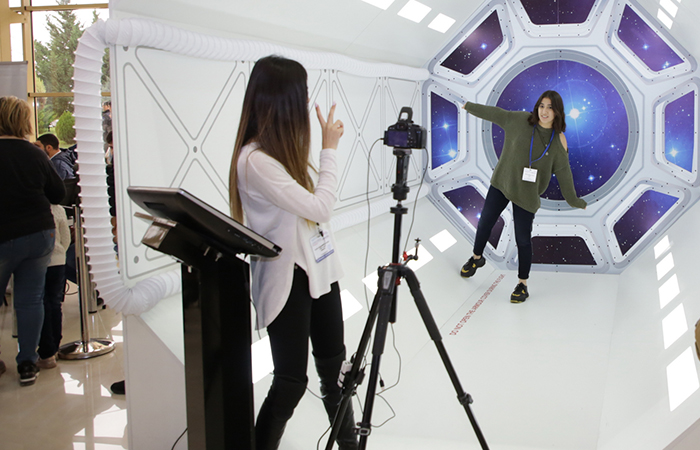 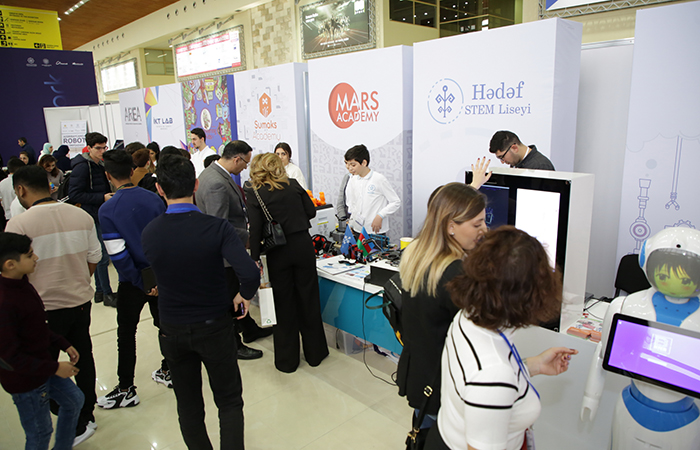 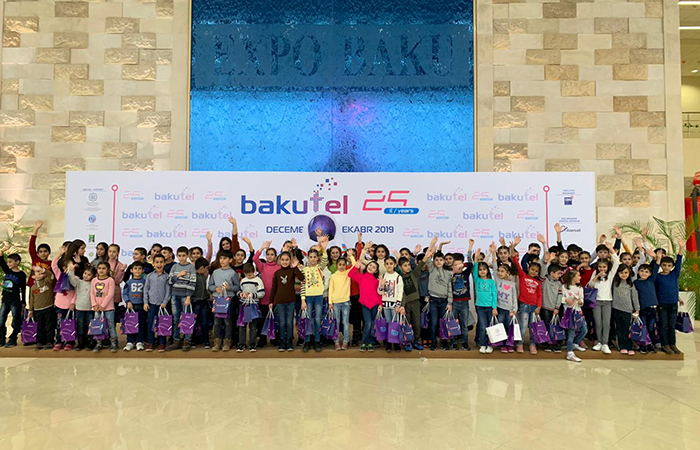 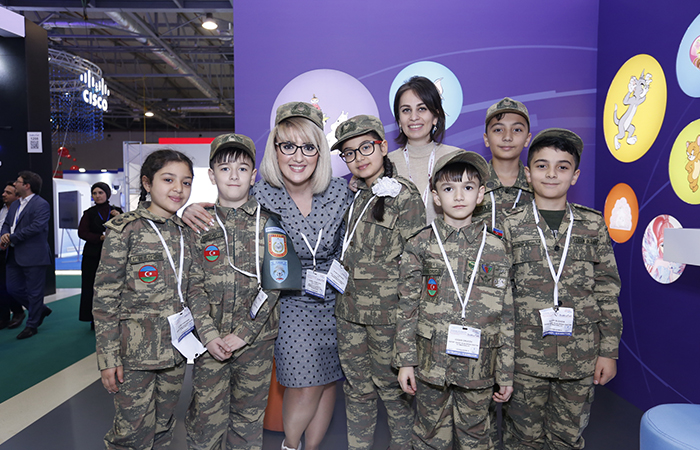 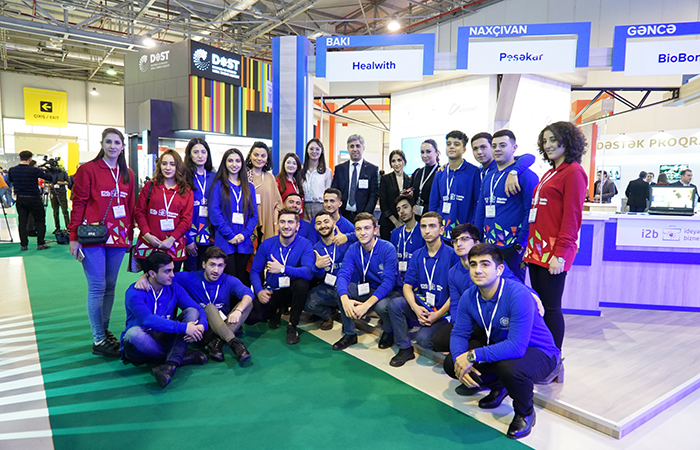 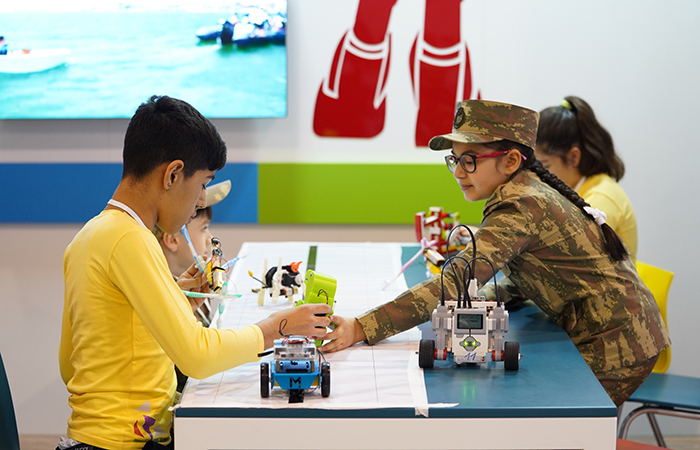 This year the exhibition, which caused particular interest, was visited by about 25,000 visitors within four days, 6,000 of which were children. An excursion to the exhibition was organized for students of a number of secondary schools, inmates of children’s homes, children with autism, visual and hearing impairments, as well as events were held with their participation. The main difference between the current anniversary exhibition and the previous ones was a large number of visitors, especially young entrepreneurs, students and children.

About 240 companies from 23 countries attended the anniversary exhibition Bakutel 2019. National teams of leading IT companies with the support of chambers of commerce and embassies of the US, France, Italy, UAE, Iran, Israel, Turkey, Russia, Belarus, Slovenia, Croatia and other countries were represented at the exhibition. 11 countries were represented at the event with national pavilions.

It should be noted that the Ministry of Transport, Communications and High Technologies was awarded the certificate “Most visited stand” by company Caspian Event Organizers at the 25th anniversary exhibition Bakutel 2019.

One of the pavilions that aroused great interest among the exhibitors was the Robopark zone, where the most modern robot models and advanced technologies were presented with the support of the Ministry of Transport, Communications and High Technologies. STEM courses were held in more than 20 interactive and entertainment zones, in the VR Zone, Game Zone and the Innovation Agency, and young visitors were able to gain knowledge in the field of robotics, programming and unmanned aerial vehicles. STEM courses were held by the Innovation Agency and its partners: AREA, Mars Academy, Engineering for Kids, B & B Dynamics, school Hedef (“Goal”), SUMAKS, ICT LAB, 3D Production Group, Wriendly, AzDimension.

Note that this year the exact number of visitors was determined by using the experimental Madmedia technology based on SDK Fight Corp.USA installed in the Robopark zone. This technology is used to identify visitors, where each participant is identified by gender, age, mood and face and is placed in a database.

At the stand, a special place was allocated for new projects. The projects of the first practical programme of the laboratory of the Internet of Things (IoT Lab) of the ICT Applying and Training Center (ICT LAB) and Microsoft Azerbaijan were presented here. Among them were projects such as Air Quality Monitor, Smart Home, Smart Irrigation System, Cleaner Drone, Parking Observer, Smart Turnstile, Fleet Management System IoT and training program IoT Maker. The visitors also had the opportunity to see the finished products of various companies at the stand. Company Smart Home demonstrated a system for automating the management of smart buildings and homes, company Spectra – an Agro-Monitor system designed for agriculture, company Beta Dynamics – a cloud platform for managing Beta Cloud – IoT devices.

The Scientific Research Institute of Transport and Aviation Problems of the National Aviation Academy presented a traffic lights management project, and Azerbaijan State University of Oil and Industry demonstrated the project Smart Pot in combination with electronic and software solutions GardenX.

One of the innovations was the Levc Tx5 model presented by Baku Taxi Service LLC with a new electric motor. New taxis powered by electricity are environmentally friendly. Taxis, where smart technologies are widely used, are safe for both drivers and passengers. So, the car itself warns the driver about speed limits on the road. If the driver loses control or changes the trajectory, special sensors transmit relevant information to the driver. In an emergency, an automatic brake system is activated. If the door opens while driving, the car stops immediately. Special ramps are installed for people with disabilities, and the seat opens outside the car. An opportunity has been created for the visually impaired, so they can have communication with the driver using Braille. Cars can be charged both at home and in specially designated locations. Cars have USB ports, Wi-Fi and GPS.

At the Startup Avenue stand, 26 startup projects operating at the Innovation Agency were presented. Participants of the exhibition were able to get information about startups of the Barama Business Incubation and Acceleration Center, operating under the agency. Additionally, participants of the STEM courses, which are organized free of charge for the children of martyr families, with the assistance of the Innovation Agency and the Public Union Zafar (Victory): Supporting the Martyrs’ Families”, shared their achievements with the visitors.

On the I2B Village stand, winners and participants of the national final of the project “I2B – From Idea to Business”, jointly organized by the Ministry of Transport, Communications and High Technologies, the Regional Development Public Association of Heydar Aliyev Foundation, Youth Foundation of the Republic of Azerbaijan, United Nations Development Programme, Innovation Agency, Azercell and Microsoft, presented their interactive projects.

A new service Postman and e-wallet PostPay were presented at the stand of Azerpost LLC. The postman’s model, reflecting 200 years of history and a symbol of structure, attracted much attention from visitors. At the same time, visitors and media representatives were able to get detailed information in informative videos about new projects of Azerpost LLC on the monitor installed at the stand.

A modern and efficient dedicated line service that provides high-speed data transfer, broadband services over GPON and LTE technologies, and IPTV and SAF – Internet content filtering services was presented at the stand of Aztelecom LLC.

Baktelecom’s stand gave visitors the opportunity to have information about the project “Fiber to the Home” covering Baku, and the next phase of the Wireless Network in the suburbs of Baku.

The presentation of the tiflo- and surdo versions of the feature film “Speaking Letter” was held for the first time within the framework of the Bakutel-2019 exhibition. The purpose of the preparation of this version of the film by the Ministry of Transport, Communications and High Technologies and the Visually Impaired People Society is to create equal opportunities for people with visual and hearing impairments.