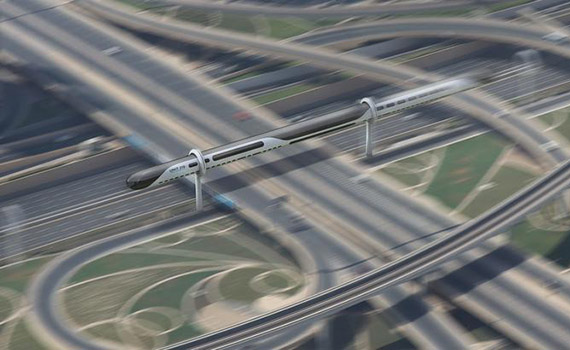 Manyone has prepared a unique alternative to traditional modes of transport that combines the benefits of an airplane and a train. Thus, the developed concept implies using instead of ordinary rails an innovative system of magnetic rings through which the train will literally fly.

According to ferra.ru, the "flying" train will pass between the rings, which have been erected before being hit by the ground. Thanks to electromagnetic fields, a 250-meter train can travel up to 800 kilometers per hour.

Manyone's inventors have already figured out the likely train route. It is assumed that AeroSlide will be able to pass through 41 cities in Europe, Asia, as well as Africa. According to the authors, the new transport will be able to move from Moscow to Shanghai in just 10 hours.