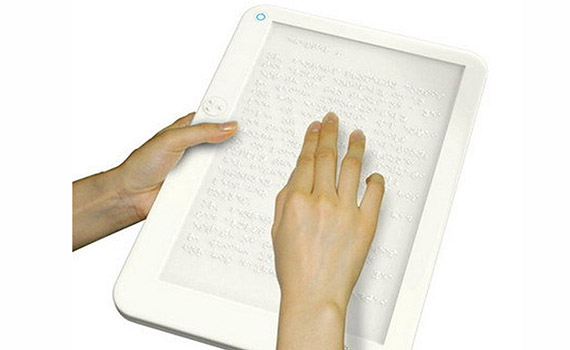 The technology company Slack introduced an innovative device that allows blind people to “see” photos with their fingers. This device is a kind of tablet, the screen of which consists of an array of tactile elements.

According to planet-today.ru, the device creates patterns from elements sensed by fingers that can be read by people deprived of vision. Obviously, with the help of such a device you can not only “watch” photographs and graphic materials, but also read books in Braille.

Recall that in Russia, as it should be noted, similar devices are also being created. For example, a wearable device that allows blind people to read and receive information from the Internet was created by a Moscow company, which received financial support from the government as part of the initiative “Small and medium-sized businesses and support for individual entrepreneurial initiative of citizens”.