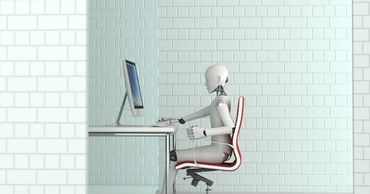 Bank of America Merrill Lynch analysts say the job loss process will only accelerate. One of the main political incentives is the trade war between China and the United States

The company has prepared a new threat analysis of automation. The results sound frightening: in just 15 years, robots and algorithms will destroy about 800 million jobs.

According to nanonewsnet.ru, the greatest losses are expected in offices and in the service sector. However, other industries are also vulnerable, because robots are learning to perform an increasing number of tasks.

From 2005 to 2014, prices fell by 27%, and by 2025 they will fall by another 22%. This means that manual workers are increasingly being defended by the main natural barrier - its cheapness.

The leader in automation could be China. Analysts expect that in the 2020s, the country's trade war with America will develop into a technical arms race. China will try to become a leader in areas such as quantum computing, artificial intelligence, cellular communications, robotics, and cybersecurity. This will inevitably affect the automation of jobs.