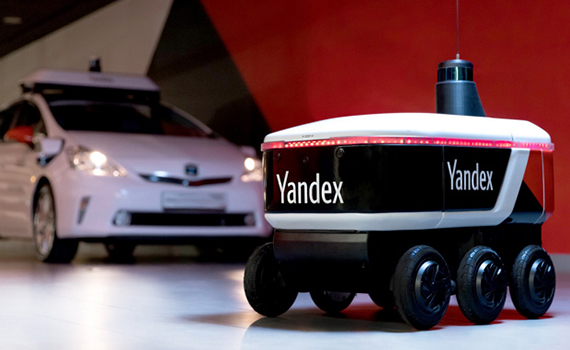 Yandex introduced a prototype of a small standalone delivery robot Yandex.Rover. It is equipped with a lidar and cameras that allow it to drive both day and night, and control algorithms are based on developments from the project of unmanned vehicles. The company is already testing several robots on the territory of its headquarters in Moscow, and in the future may add the option of delivery by robot courier to Yandex.Food, Beru and other services, according to a press release received by the editors of N + 1.

Delivery of goods between factories and warehouses usually occurs in bulk and on large trucks. The stage of delivery from the warehouse directly to the customer is considered much more expensive, because the goods have to be transported individually. In the past few years, startups and large retailers such as Amazon have begun testing small delivery robots that can autonomously ship packages moving around the sidewalk, thereby replacing couriers. Some companies even use a bunch of several types of robots that are responsible for different stages of delivery at the “last mile”.

Yandex introduced a prototype of its own robot to replace couriers. It uses a classic design for such robots with three pairs of wheels and a vertical loading of the package. To do this, a hatch is installed in the upper part of the robot, which can only be opened by a company employee and a client using a mobile application to unlock. The height of the robot is about half a meter.