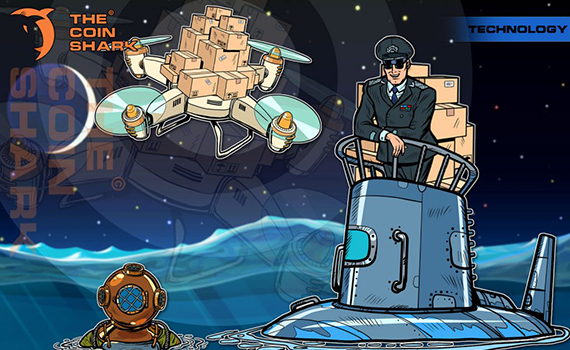 US Navy specialists conducted an experiment to deliver spare parts and drugs from shore to board a submarine. According to Aviation Week, the experiment was conducted on the coast of the Hawaiian island of Oahu and was recognized as completely successful. This was the first delivery by a drone of cargo to a submarine.

Today, the delivery of various kinds of cargo to ships standing on the outer roads is carried out using boats or helicopters, if we are talking about heavy objects. Such delivery takes time and increases costs. It is assumed that drones will speed up and simplify the delivery of small cargoes to ships.

During an experiment off the coast of Oahu, a drone delivered a 2.3-kilogram cargo to a Hawaii-type Virginia submarine: printed circuit boards, medicines, and food. The experiment was conducted in conjunction with the University of Hawaii. The drone was controlled by operators, volunteers of the crew of the submarine, who had undergone special training for six months.