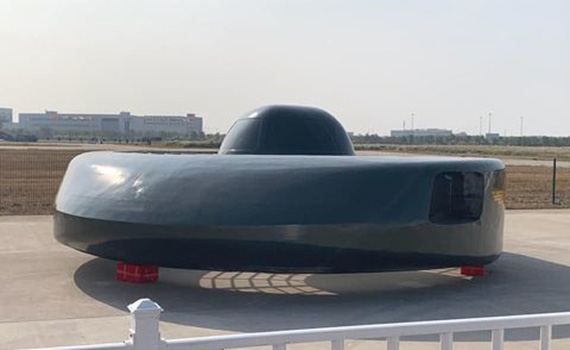 At the China Helicopter Exposition 2019, the Chinese State Aviation Corporation presented its latest developments at the Tianjin City. Among other new products, visitors to the exhibition were able to see a project called "Super Great White Shark" that looks like a UFO.

The novelty is a double disk-shaped helicopter capable of speeds up to 650 km / h. According to the designers, the disk in its technical characteristics is not inferior to many modern aircraft, and even surpasses them in a number of parameters. It is reported by the Planet Today portal.

According to some experts, it is unlikely that this model, even if it is put into operation, will be widely used. According to them, previously all experiments on the development of such aircraft did not lead to positive results.