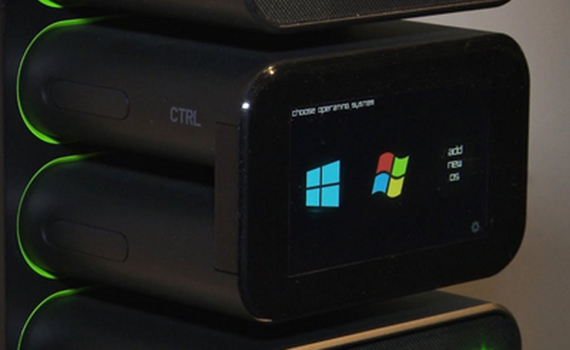 At an event in London, Intel talked about its current developments and plans for the future. In particular, the chip maker introduced the concept of modular computers and showed a ready-made version of the module for such a PC.

Intel suggests putting all the key components of a desktop computer in small blocks. According to the company’s plan, this should greatly simplify the desktop upgrade - it is enough for the user to pull out the existing module and replace it with a new one with improved characteristics.

At the presentation, Intel showed a prototype of the Element block, outwardly resembling a dual-slot video card. It includes the Xeon processor, two slots for DDR4 RAM and two M.2 connectors for solid state drives.

Intel announced that the presentation of commercial solutions is scheduled for the first quarter of 2020. So far, Intel itself will be engaged in their development, and OEMs will be able to configure them at their discretion.

By the way, back in 2014, Razer introduced a similar concept for the Project Christine modular computer. However, the idea did not go beyond the exhibition prototype.