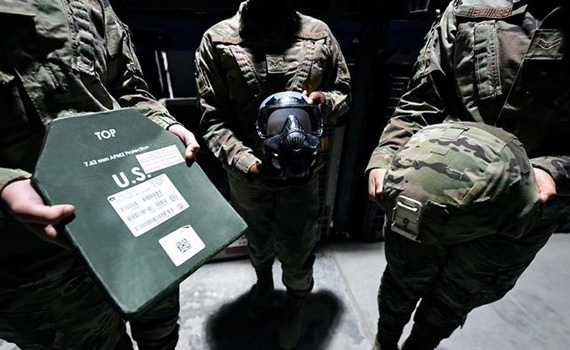 Scientists are developing the perfect body armor based on pearls and LEGO 01.10.2019    11:35 / Technological innovations

At first glance, there is nothing in common between pearls, LEGO, and body armor. However, researchers from the US Army Laboratory (U.S. Army’s Research Lab) were able, it would seem, impossible - to combine them into a single whole.

In the process of research, scientists found that the outer pearl coating gives the armor plates exceptional rigidity. For this, mother of pearl made from calcium carbonate of marine mollusks was used. Calcium carbonate per se is not particularly strong, but if you give it a structure resembling LEGO bricks, its strength increases many times.

As a result, the researchers were able to obtain a very stiff outer coating with a flexible inner base that can deform and absorb bullets. This biomimetic process can be used to create new models of body armor.

The new technology uses ultra-high molecular weight polyethylene or UHMWPE in combination with silicon oxide nanoparticles, which gives the material additional strength. The resulting material is "lightweight plastic, 14 times stronger and eight times lighter than steel, which is ideal for absorbing the impact of bullets and other shells." For comparison, Kevlar is only five times stronger than steel.

Another advantage of the new material is its high thermal conductivity, which makes it possible to quickly dissipate heat from kinetic energy and absorb the energy of bullets and other damaging elements.

The new material is still at the research stage, but despite this, the technology looks very promising and will probably soon be embodied in a new generation of body armor.