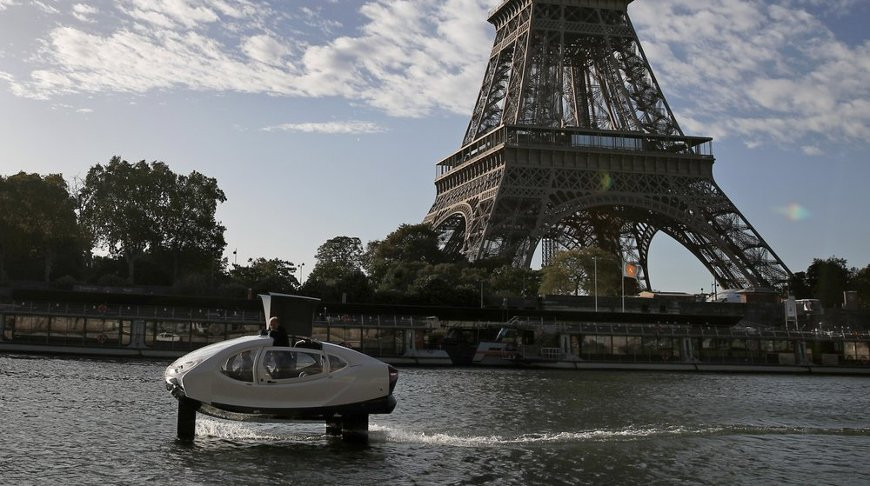 The place of testing was chosen Paris, whose prefecture is overloaded with transport. An innovative electric taxi will unload the roads of the capital of France and improve the ecological situation in the city.

The SeaBubbles apparatus is equipped with four electric motors, which in total can accelerate a “water space ship” to 50 kilometers per hour. In addition, the design of the river taxi has four inclined supports that lift the device above the water, making it practically soar above the river surface.

The mayor's office of Paris allowed testing from the suburban pier Issy-les-Moulineaux to Bercy. At the same time, a river taxi can pick up ordinary passengers who agree to participate in trials.

In total, an electric water taxi accommodates four people, speeds up to 50 kilometers per hour, and you can control it using a conventional tablet. To begin with, they want to use a new type of transport in Paris, and until the spring of 2020 in other cities.