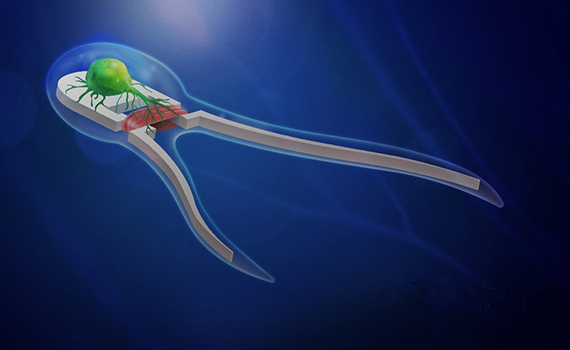 Engineers created a biorobot that moves with the help of signals from neurons, artificial muscles and light 18.09.2019    10:06 / Interesting information

Engineers from the University of Illinois have created a miniature hybrid biorobot that is driven by motor neurons, artificial muscles and light.

The robot consists of a soft frame on which artificial muscle tissue and light-sensitive motor neurons are built up. Under the influence of light, neurons give a signal to the muscles, causing the robot to move forward.

The device is completely autonomous and independent of external power sources: in other words, the robot moves only thanks to neural impulses that cause muscles to contract.

Earlier, engineers from Imperial College London created a robot that could move like a flying fish with a small pump.