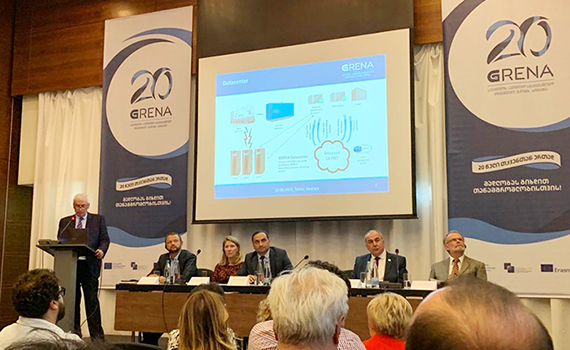 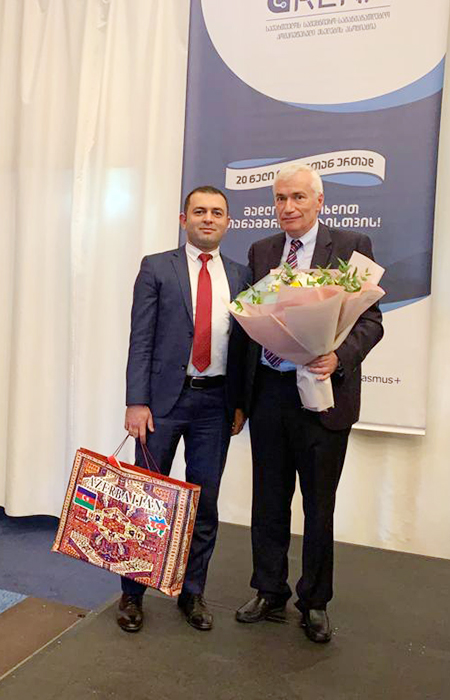 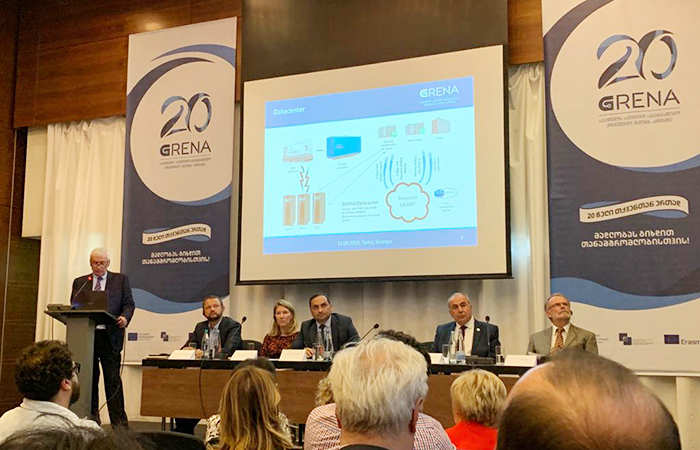 On September 12, an event on 20th anniversary of Georgian Research and Education Network (GRENA) was held in Tbilisi, Georgia.

At the event, the head of International Relations department  Babak Nabiyev and chief specilaist  Tural Mustafayev represented the  Institute.

Babak Nabiyev and Tural Mustafayev met with Ramaz Kvatadze, executive director of of GRENA and congrutalated him on the behalf of vice-president of ANAS, director, academician Rasim Alguliyev and Institute’s staff.

At the end of the event, Professor Ramaz Kvatadze accepted gifts reflecting the culture and history of Azerbaijan on the occasion of the 20th anniversary of GRENA.

A ceremonial jubilee event was held. Speaking at the event, Babak Nabiyev said: “Being the members of broad GEANT Community AzScienceNet and GRENA were estabilshed in the begining of 90s century. Relationship between NRENs of Azerbaijan and Georgia has been developed a lot. Eastern Partnership Connect project instigated the further enchancement of relationship”.

The anniversary event continued with a banquet in honor of the guests as well as a concert program.