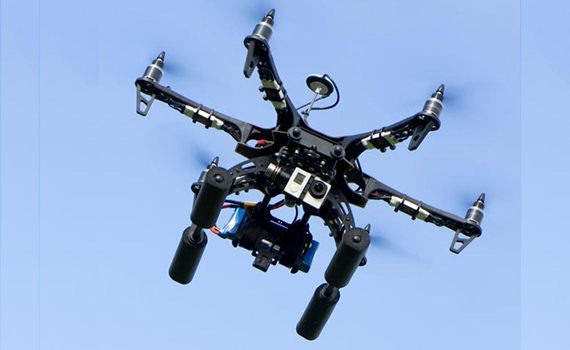 Drones, or unmanned aerial vehicles (UAVs), are now part of everyday life around the world. Whether used in amateur or professional videography, or in a huge variety of industrial applications, such as building inspection and environmental monitoring.

Believe it or not, commercial drones vastly outnumber those used by the military. And their use is expected to grow globally in roles ranging from agriculture to pizza delivery as their flight systems become more intelligent and autonomous.

Take Project Wing’s self-flying drones. Alphabet, Google’s parent company, has the world's first real breakthrough in using UAVs for home delivery. On its website, Wing describes the project as a victory for both convenience and environmental stewardship. The aim, it says, is to increase access to goods, cut greenhouse gas emissions, and ease traffic congestion—all of which has obvious mass appeal.
Alphabet says the service, which was launched in Canberra, Australia, will deliver items like coffee and ice cream minutes after being ordered via an app. And it is this delivery to order aspect that opens up tantalizing possibilities from people transport via Uber’s flying taxi or Lilium’s autonomous jet (taking passengers up to 300km in just 60 minutes), to medical supplies delivered by drone, business packages, and even hot meals.

Projects such as the Air Shepherd programme to detect African elephant poaching once relied on human eyes to find illegal activity. Now, human pilots are assisted by AI trained on 180,000 human and animal heat signatures to speed up detection. Drone systems such as the Super Bat DA 50 also offer fully autonomous flight capability, including take-off and landin, and the ability to track and follow targets.