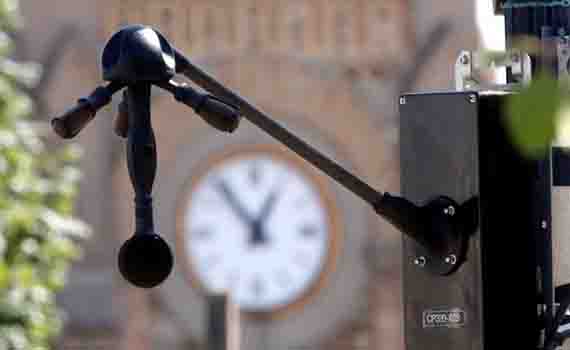 Testing of the device called the “noise radar” will soon begin near the Orly airport in the center of the Paris suburb of Villeneuve-le-Roi. According to his mayor Didier Gonzalez, the radar will be activated immediately after the adoption of a bill in autumn this year that allows such systems.

The new device was developed by Bruitparif engineers. It is equipped with four microphones that measure the noise level in decibels every 10th second, and can determine the exact location of a noise source - for example, an excessively loud car.

Noise radar displays the acoustic footprint of an object in the form of colored dots. In the future, information about the intruder is compared with the data of the external surveillance cameras of the police, after which the computer will “write out” the penalty receipt.

According to the director of Bruitparif, Fanny Mietlitzky, almost 40 devices have been working near the popular Paris bars for several months and 17 more have been installed on large construction sites. While the system is working in test mode, without producing fines. In full force, it will work after two years of testing and the adoption of the relevant law.