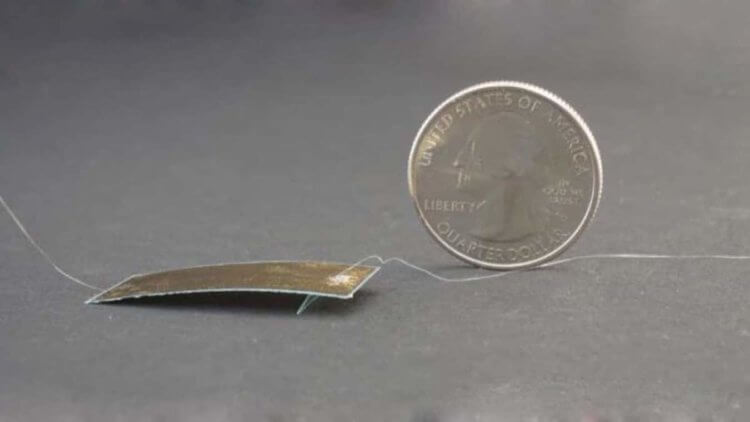 Locusts, flies, cockroaches and other insects can hardly be called pleasant creatures. However, it is insects that often “throw” scientists ideas for new developments. For example, not so long ago, researchers from the University of California at Berkeley created a cockroach robot. Besides the fact that it does not have the negative qualities of an insect, it is also almost impossible to crush it. Moreover, the new robot is potentially capable of saving more than a dozen lives.

The appearance of the robot developed by California scientists is impressive: it is about the size of a postage stamp. In this case, the robot body is made of a very thin sheet of material called polyvinylidene fluoride (PVDF). PVDF belongs to the class of piezoelectric elements. That is, it reacts to electric current in a certain way. When an electric current is supplied to it, it is compressed. When the exposure ceases, the material returns to its previous form. On top of the robot is covered with a layer of elastic polymer.

In the new robot, current is supplied to two electrodes. They force the device to perform a series of “flexions and extensions”. In front of the robot there is a special leg, which acts as a kind of “steering wheel”, setting the direction of movement and turns. Thanks to this, the robot is able to easily move on a variety of surfaces.