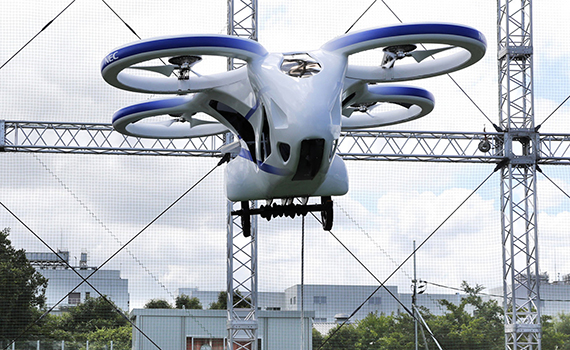 The Japanese corporation NEC conducted flight tests of a prototype passenger drone. A short demonstration flight took place at a test site in a suburb of Tokyo: the "flying car" climbed to a low altitude, sagged in the air for about a minute and landed softly.

For security reasons, the device was launched in a fenced "cage", and its tail was tied to the ground with a cable. In addition, there was no one on board the aircraft, reports Bloomberg.

"Japan is a densely populated country, so flying cars can greatly ease the pressure on public roads," said Kuji Okada, one of NEC's project managers. In addition to the drone itself, his company is also building infrastructure for devices of this kind.