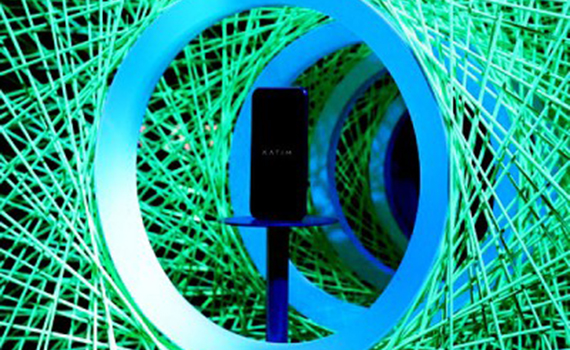 Scientists have created a microphone to "capture" the smallest particles of sound 05.08.2019    12:05 / Technological innovations

There are ever fewer secrets in the world: physicists at Stanford University, for example, have created a quantum microphone and are already using it to study the smallest particles of sound known to science - tiny “portions” of vibrational energy called phonons. It is likely that this microphone will form the basis for the development of quantum computers of the future.

The invention of Stanford University scientists is innovative in that before its creation, the measurement of phonons was not possible, because the sensitivity of even the most powerful classical microphones is not enough for this - sound particles are so small that they have a minimal effect on the membrane only in bulk, but not separately. The device created by scientists, instead of the indirect study of sound waves, measures phonon energy directly. To do this, tiny resonators are used that operate on the principle of mirrors for sound.

A quantum microphone picks up photons and measures the vibrations they cause, adjusted for the fact that different energy levels correspond to different numbers of phonons. Scientists believe that the device they invented can help create a fundamentally new type of quantum computer. It is assumed that the ability to capture such small “portions” of sound will pave the way for the development of devices that can encode information through sound energy. This, in turn, will allow you to store incredible amounts of data on very small media. In theory.

If such a computer is created, it will most likely be much more compact and productive than quantum computers based on light particles - photons, since sound phonons are much easier to control.