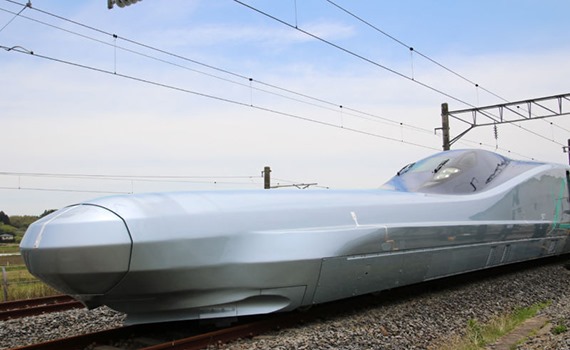 This week, the Japanese railway company JR East showed the Alfa-X train, which it called the fastest in the world. Its maximum speed is 400 km / h. It will transport passengers at a slightly lower speed - 360 km / h.

On Friday, tests began in the field, but without passengers. The train is being tested on a relatively short stretch of railway, which is owned by JR East. The developers declare that within the framework of the last test phase of the project, the composition will run from the city of Aomori to the city of Sendai. The duration of the phase will be three years.

And only after that, the Alfa-X can be used on other lines, already for the carriage of passengers. Over time, the train will become longer, it will take its passengers to the city of Sapporo.

Most of the locomotive is its nose, 22 meters long. There are few windows that can be explained by the developers' desire to make the locomotive and train safer for the operator and passengers.