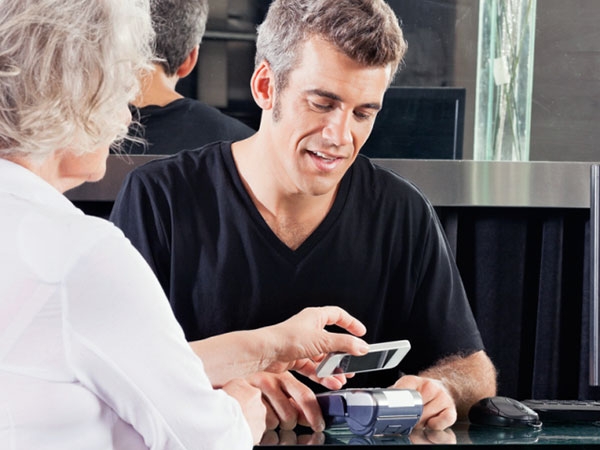 Apple has reached an agreement with American Express to work together on its new iPhone payments system, according to sources familiar with the talks. American Express is one of several partners Apple will need to sign up before it can launch its new payments plan, which sources say it plans to announce at its September 9 product event.

Apple’s new payments system is expected to let iPhone 6 owners use their phones in place of credit cards, debit cards or cash to pay for goods in brick-and-mortar stores. Customers will present their phones at the checkout counter of partnering retailers to transmit payment information to complete a purchase. It’s not clear which retailers have signed on to accept such payments.

In the lead up to the announcement, Apple has held discussions with multiple credit card networks about the new payment product, sources say. The news site The Information previously reported that Visa had also agreed to work with Apple.

Representatives for Apple and American Express declined to comment.

For Apple, the introduction of its own iPhone payments product will end years of speculation about when it will take advantage of its massive file of hundreds of millions of credit cards from iTunes and App Store customers to create its own mobile wallet. Sources say Apple likely needs approval from either the credit card network or the bank that issued an Apple customer’s card for that card to be approved for mobile payments.

While consumers haven’t widely embraced mobile wallets from Google and a consortium of wireless carriers, industry analysts and executives believe Apple has a shot at making the concept work. Industry sources say Apple believes its iPhone payments system will be as least as secure as traditional payment cards. Sources believe the iPhone’s Touch ID fingerprint scanner will at some point play a role in the system — either at launch or sometime in the future.