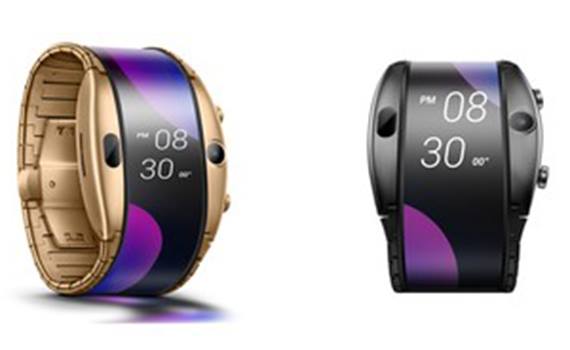 The company Nubia introduced a hybrid smartphone and smart watches with a flexible display 27.02.2019    10:24 / Technological innovations

The Chinese company Nubia (the former "daughter" of ZTE) introduced the Alpha device, which is a kind of hybrid of smart watches and smartphones. The gadget was shown to the public at the MWC show in Barcelona.

Nubia Alpha is a relatively massive device with a bending display mounted on a bracelet. The diagonal of the highly elongated vertical OLED screen is 4 inches, and the device is based on a Qualcomm Snapdragon Wear 2100 processor for wearable electronics, Ferra writes. The amount of RAM Nubia Alpha is 1 GB, and built-in - 8 GB.

The built-in battery of the wrist smartphone has a modest capacity of 500 mAh, but the company claims that this is enough for 1-2 days of using the device without recharging. Also Nubia Alpha is equipped with a built-in camera with a resolution of 5 megapixels.

As for the functionality of the device running the company's proprietary OS, the Nubia Alpla has the same capabilities as a regular smart watches, including step counting, sleep monitoring and pulse tracking. Also, the gadget supports control with voice commands and gestures above the screen. A relatively complete replacement for the smartphone can be the Nubia Alpha version with a virtual SIM card eSIM. Such devices will allow owners to make calls and send SMS-messages.

The Nubia Alpha version with Bluetooth and Wi-Fi will be available on the international market in April for 449 euros. The eSIM version will appear in April in the Chinese market at a price of 549 euros with black trim and 649 euros with 18-carat gold trim. In Europe and the United States, sales of this version of the gadget will begin in the second half of the year.