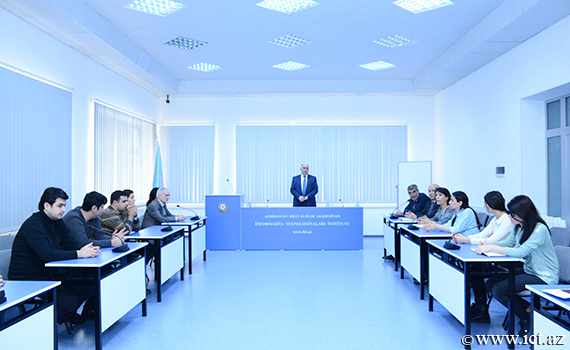 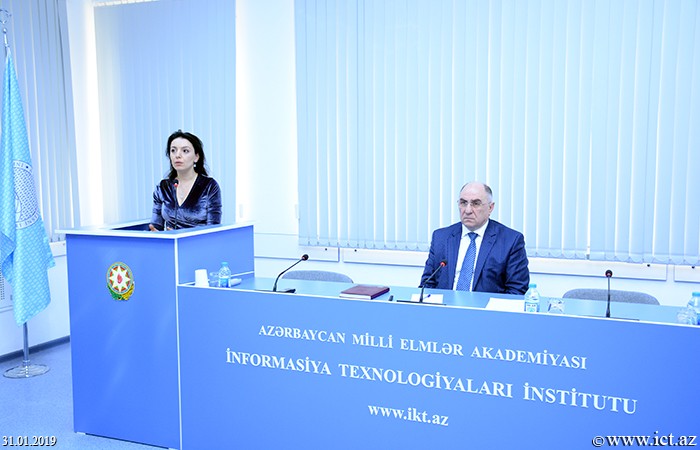 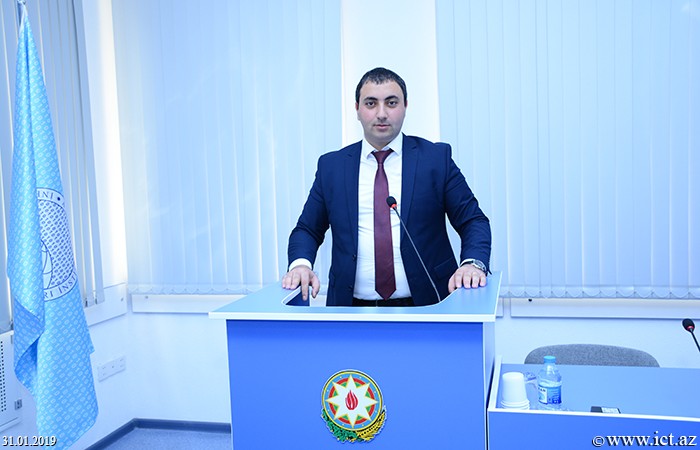 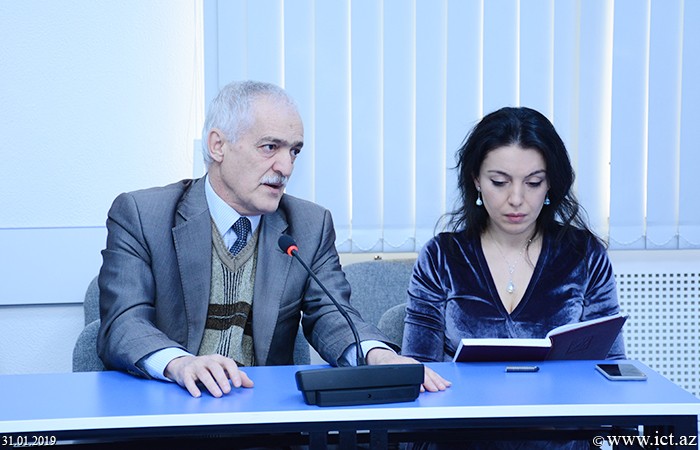 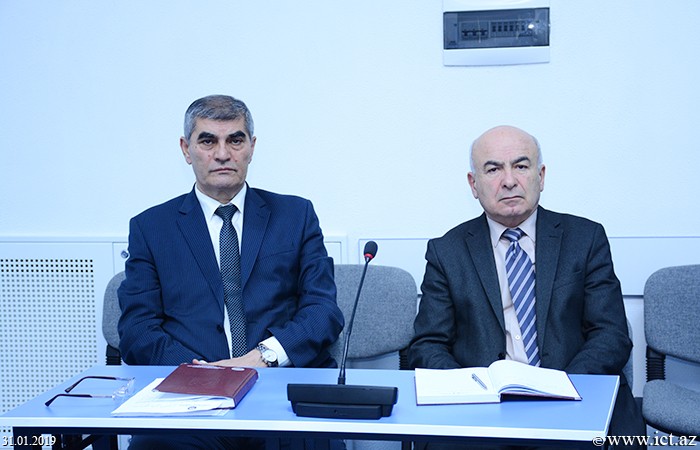 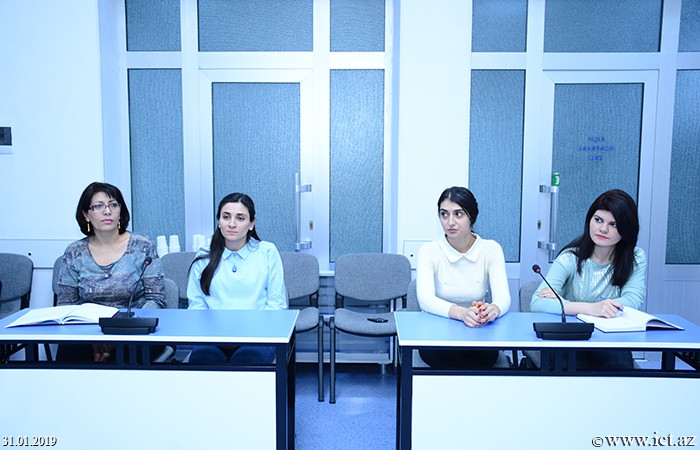 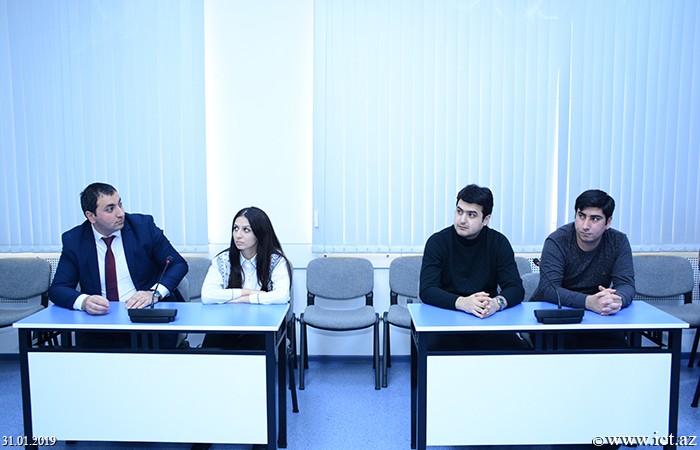 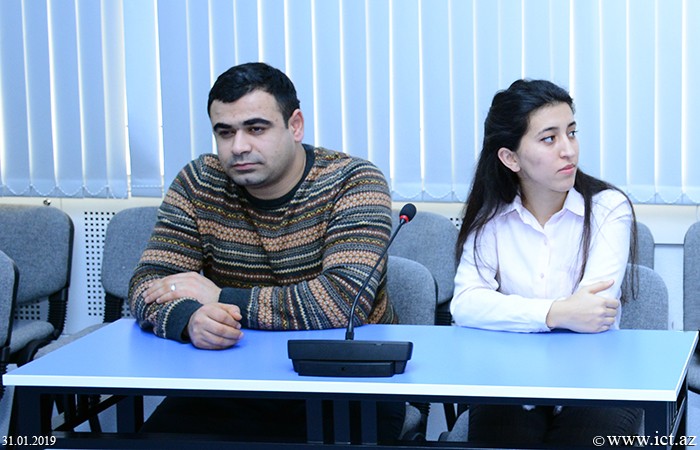 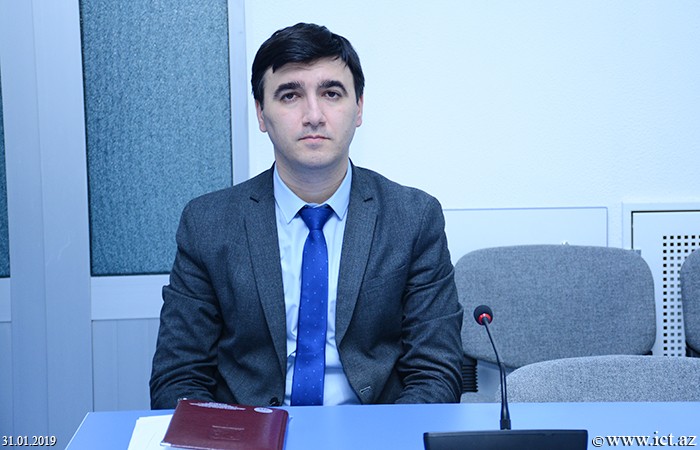 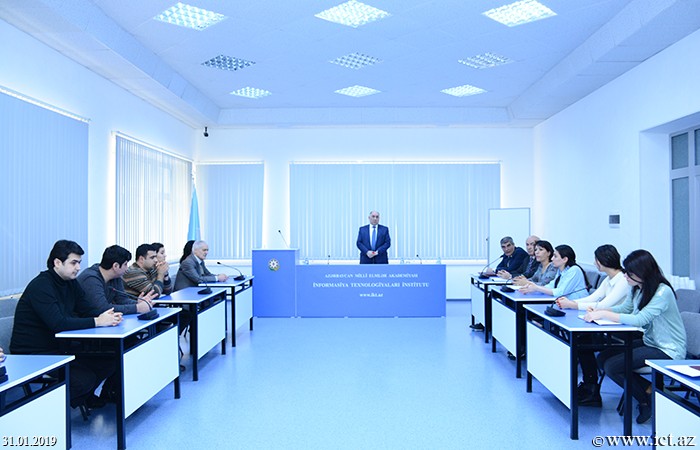 The initial version of the Transliteration web site was presented at the next scientific seminar of the Institute of Information Technology of ANAS. Senior researcher of the Institute of Oriental Studies of ANAS, Shemsi Ahmadov, director of the institute, academician Rasim Alguliyev, associate professor Rashid Alakbarov, heads of department Farhad Yusifov and Tahmasib Fataliyev attended the seminar.

Sabina Mammadzade, a senior researcher at the Institute, said that the transliteration algorithm of Persian-Azerbaijani graphics was developed for the Persian language transliteration system development and gave detailed information about the algorithm.

Then, the programmer of the institute, Yusif Sadiyev, presented the website transliterasiya.az. He noted that the site developed by the specialists of the institute was brought in line with the "Requirements for the creation and management of Internet information resources of state bodies", approved by the decision of the Cabinet of Ministers of the Azerbaijan Republic and the requirements of the Special State Protection Service of the Azerbaijan Republic and  security was fully ensured.

© All rights reserved. Citing to www.ict.az is necessary upon using new