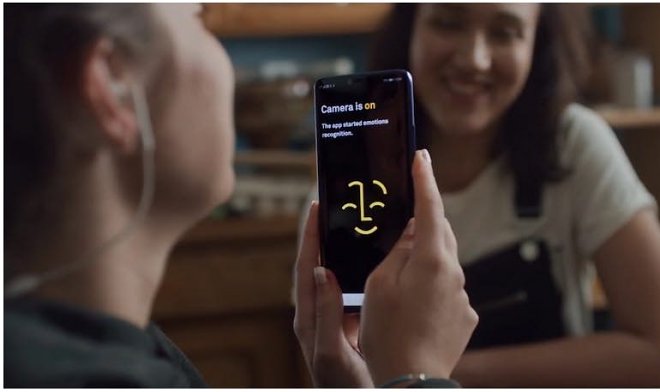 For many people who love to talk heart-to-heart, telephone conversation loses the conversation via video chat. Because you can see the emotions of the interlocutor, his reaction not only on the meaning of words, but also behavior in General. Alas, it is inaccessible to blind users — therefore, Huawei has developed an application Facing Emotions, which will help these people to recognize the emotions of the interlocutor.

The app was created under the patronage of the Polish Association of the blind and adapted for the smartphone Huawei Mate 20 Pro. Here we have used artificial intelligence to the scanner, which on-the-fly to recognize facial expressions and can figure out his emotional state. Works easier than it sounds: the smartphone’s camera to scan the face of the interlocutor, define the lips, nose, eyes and eyebrows, and then calculate deviations in form from the norm and position relative to each other. This is enough to the pattern to identify the current mood of a person.

Only the application recognizes seven core emotions and the transitions between them. For scoring of States apply short sound markers developed by the blind composer Tomas Biletsky. All test participants noted that the difference between emotions it is easy to read, even if the signal is not through sound, but through the tactile sensor on the hand. This app is fully offline and requires no Internet connection to work.

Interestingly, Huawei is not the only company that has achieved success in this field. Recently it became known that Samsung Corporation, together with the German Fraunhofer Institute have developed similar hardware and software tool that is used for reading people’s emotions.