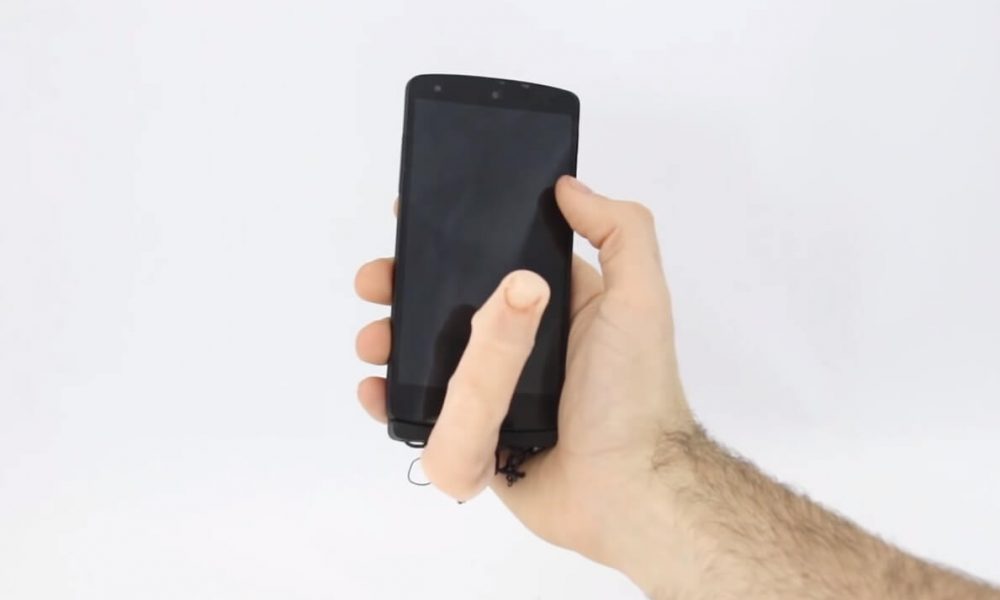 The French engineer made a robotized palace for the smartphone 05.10.2018    16:47 / Technological innovations

The French engineer has developed a robotic application for smartphones and tablets. The device resembles a finger, which can serve to input and output information, as well as move the smartphone along the surface.

Eric Lecolinet from the French Institute of Intelligent Systems and Robotics published a video demonstrating all the ways to use the MobiLimb robotic finger. With the help of special movements, the robot notifies of messages or other information received on the smartphone. The device can duplicate what is happening on the screen, creating the effect of 4D-cinema, switch smartphone modes, draw on paper, perform flashlight functions, and even just stroke the user's hand. The finger is also able to move the smartphone on a flat surface and tilt it for easy viewing.

MobiLimb uses five controlled engines, providing a wide range of finger movements. The device can be released from standard black plastic or it can be covered with artificial leather, making it look like a human finger. Eric Lekoline is going to present his project at the UIST 2018 conference.