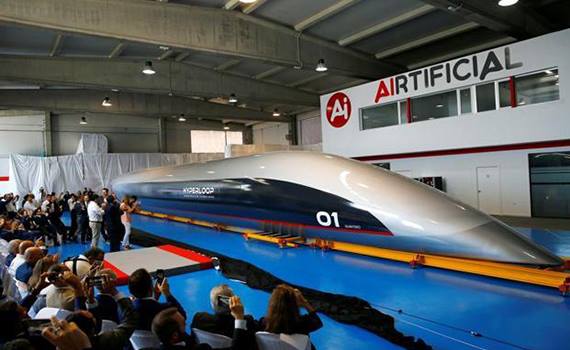 Hyperloop Transportation Technologies (HTT) for the first time showed how the Hyperloop passenger capsule will look like. The transport of the future is called Quintero One.

The capsule length is 32 m, and the passenger cabin is 15 m. It is assumed that it can carry up to 80 people. The company notes that in the future, the capsule can be used for commercial flights.

To create Quintero One, engineers used carbon fiber and composite materials. The capsule is not yet ready for testing. First, it will be sent to Europe to the HTT unit for additional assembly and implementation in the Hyperloop transport system. The company plans to complete work with Quintero One before the end of 2019.

In April, the construction of a test section of the Hyperloop line was launched in Toulouse (France). Its length will be about 320 m. If all the tests are completed successfully, the company will build a 1 km long line by the end of next year. It is planned to conduct the first tests of Quintero One on it.