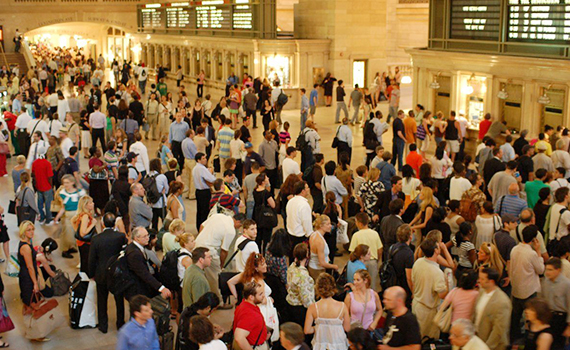 Engineers at the laboratory of Professor Yasamin Mostofi of the University of California at Santa Barbara have developed a technology that allows them to accurately count people in the room with the help of equipment located outside of it.

To count people in a room, only two devices are needed: a wireless transmitter and a signal receiver. Both can be placed behind the wall of the room in which the volunteers are located; It is not necessary to pre-calibrate the devices in the desired room, or the presence of the operator.

The number of people in the room is estimated by the level of the received signal (RSSI). Depending on how many people are on the path of a Wi-Fi radio signal, the power of the received signal changes. It is also affected by other physical obstacles, most of all - the walls of buildings. But Mostofi's group showed that the influence of walls can be neglected, processing information about significant RSSI differences.

In the algorithm that processes the signal receiver's data, the developers used elements of the theory of recovery-the section of probability theory describing the failure and recovery of system elements.