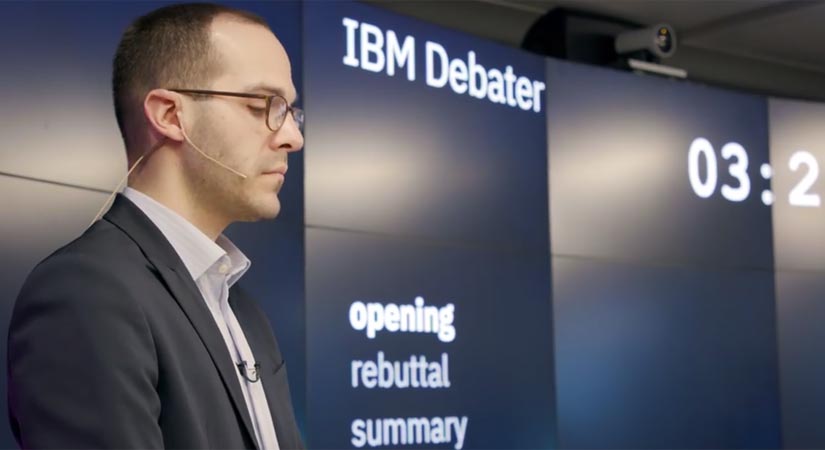 Over the past two decades, computers have surpassed humans in chess, quizzes and even playing in go. The next top resigned to the algorithm developed by IBM, which was able to surpass the man in the skill of conducting debates.

The system, named Project Debater, showed its skills in a special press event. During the demonstration, the algorithm conducted two rounds of debates with people and won in one of them.

In the first round, rivals discussed the need for government support for space research, and two people from several dozen spectators gave a victory to Noah Ovadia, a debate specialist who opposed state support for the space industry. However, in the second round, where the master of the Dan Zafrir debate competed with the computer, nine spectators immediately named the IBM algorithm as the winner, who convinced them of the need for the development of telemedicine.

The development of the Project Debater since 2011 was carried out by the IBM research laboratory in Haifa (Israel). The creators taught the algorithm various methods of conducting debates, but the system is engaged in searching for information relevant to the topic of specific debates independently before they begin. For this, the algorithm uses a database of 300 million news articles and scientific papers. At the same time, the program does not just need to find facts and data, but also listen to the interlocutor in order to formulate a counterargument.