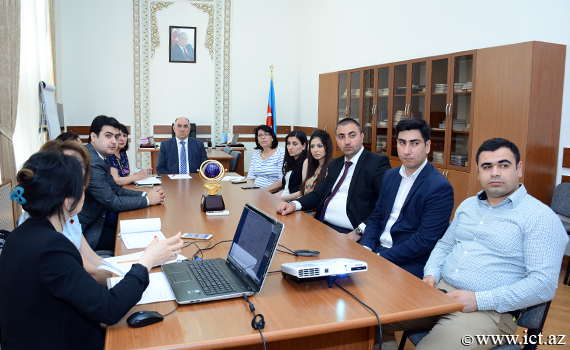 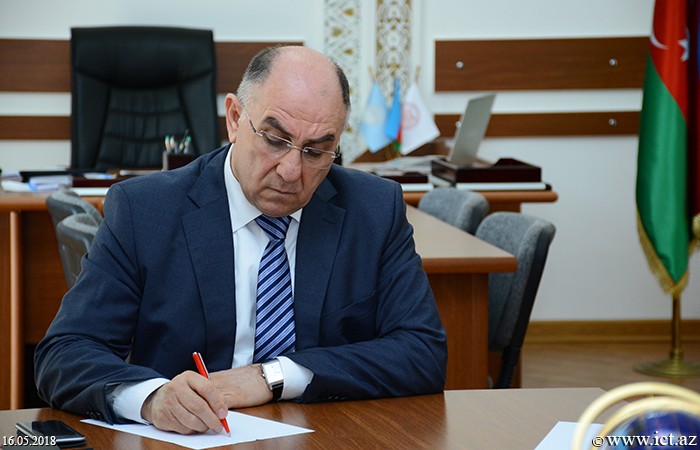 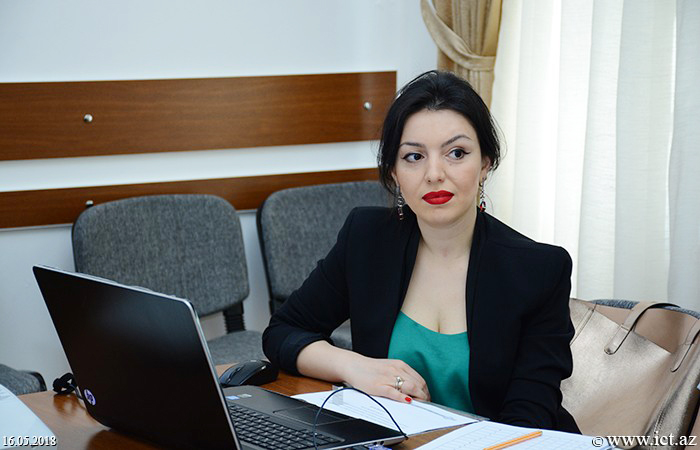 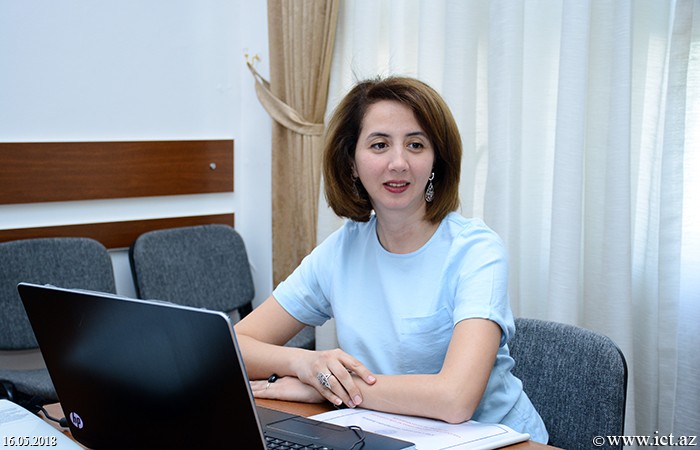 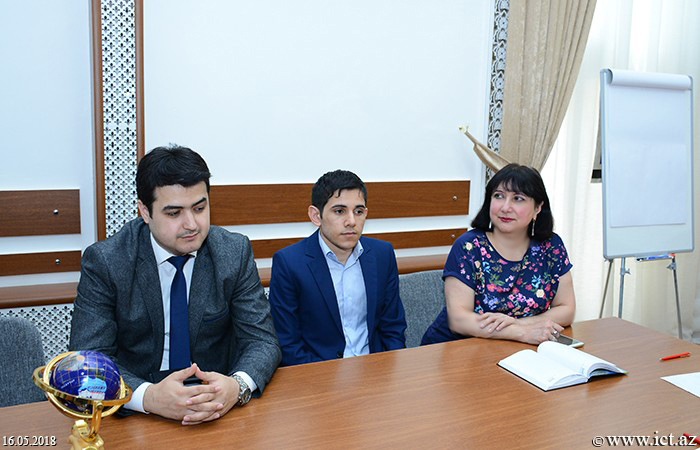 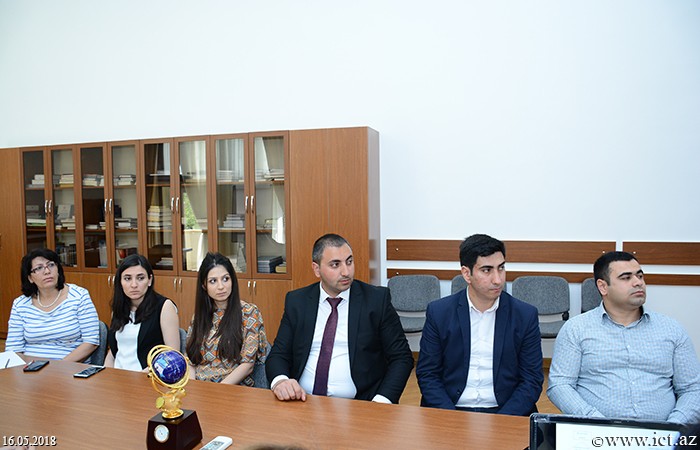 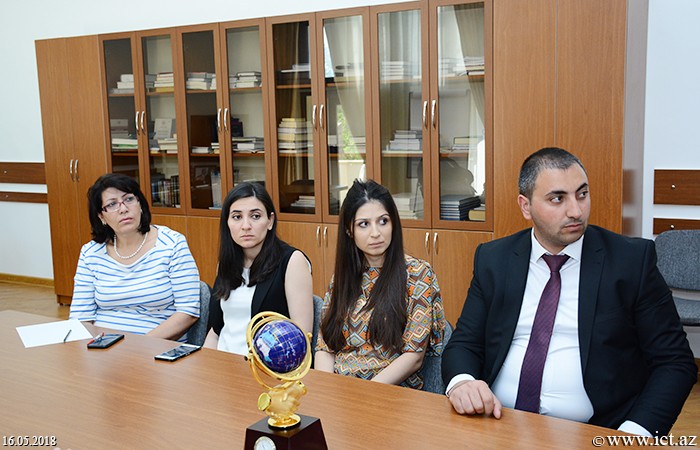 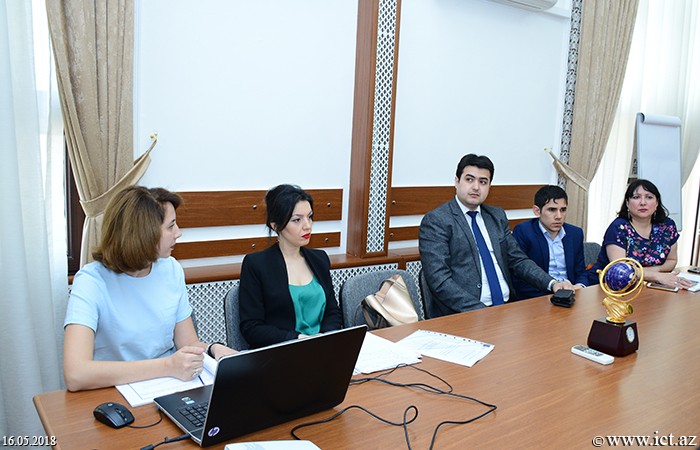 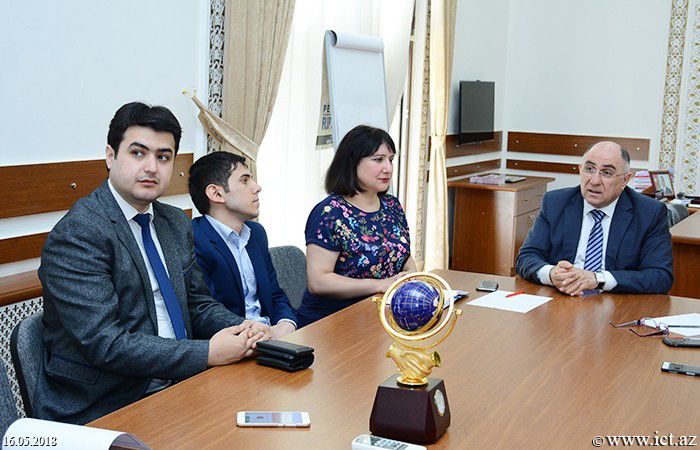 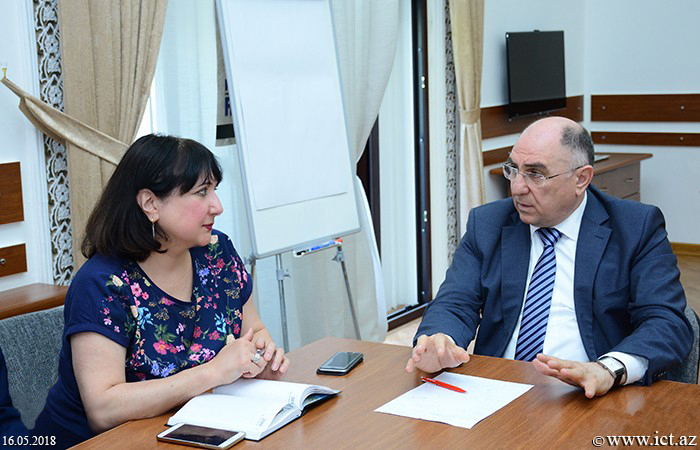 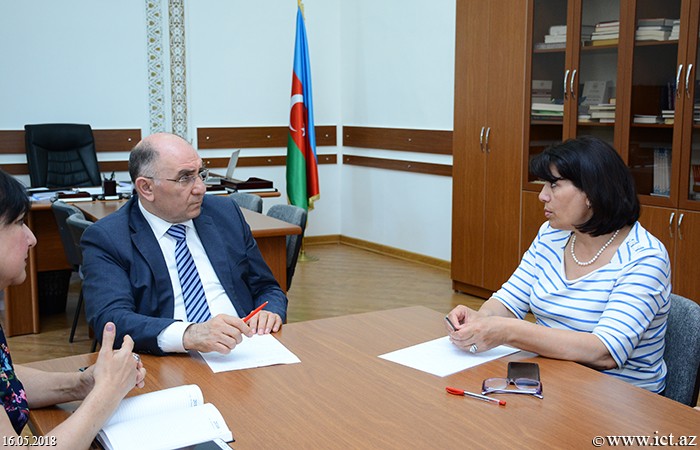 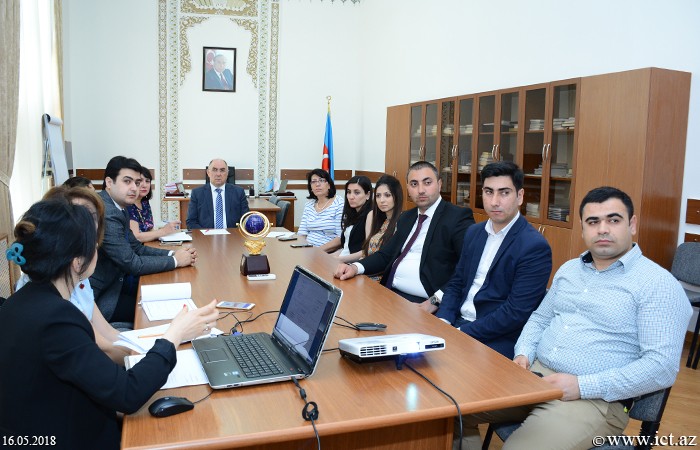 Next scientific seminar of Department No. 16  was held at the ANAS Institute of Information Technology. Academician-secretary of ANAS, director of the institute, academician Rasim Alguliev said that the seminar is devoted to discussion of the work plan on "Creation of transliteration system" and "Web analytics: history of creation, modern situation, problems and standards".

Sabina Mammadzadeh, a senior research fellow at the institute, said that it is envisaged to create a transliteration system within the framework of fulfillment of tasks arising from the Order of May 23, 2012 "On the State Program on the use of Azerbaijani language in accordance with the requirements of time in globalization and the linguistic development in the country."

Mrs. Mammadzadeh also presented the conceptual model proposed for the development of the transliteration system.

Then, the employee of the department Konul Dashdamirova presented the report on "Web analytics: history of creation, current state, problems and standards". She stated that web analytics, which is an integral part of Internet marketing, are the collection, measurement, description and interpretation of information about users for improving and optimizing the websites.

Speaking about the history of web analytics, the reporter said that with the widespread use of meter stations in 1995-1996, interest of Internet users in web statistics had increased. In the 2000s, web analytics began to develop, and companies such as Accrue, WebTrends, WebSideStory, and Coremetrics have emerged as leading producers in this field.

Taking into account the main stages of web analytical processes, K.Dashdemirova noted that here includes collecting, analyzing, testing, applying, defining the goals of the website and so on.

Then she gave information about Google Analytics, Yandex. Metric, Rambler's Top100, Рейтинг@mail.ru, MobTop, OpenStat. She pointed out that the superiority of the meters is that it's simple and convenient to use, allowing to get operative information.

K. Dashdemirova also spoke about Web Mining, which is the basis for creating intelligent systems: Web Mining is a modern technology created to access and analyze information and services from web sites. It has input, processing, modeling and other stages ".

Academician R. Alguliyev noted that the research on web analytics is of great urgency and it is important to further deepen the research in this direction and to study the world experience. As a result of the research, the scientist gave recommendations about the preparation of scientific articles and express information.

At the end of the meeting, both speakers exchanged views, questions were answered.