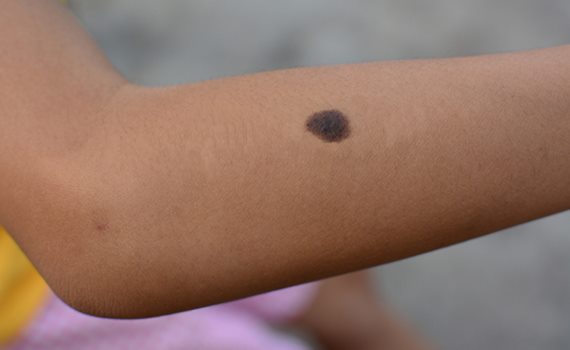 Swiss scientists have created an artificial indicator for the detection of the four most common types of cancer: prostate cancer, breast cancer, lung cancer and intestines. An implanted skin site forms an artificial birthmark if a person is susceptible to a disease.

Artificial skin is created from genetically modified cells and implanted into the patient's body. The formation of a mole is activated by a high calcium content, which is necessary for producing melanin, and the excessive calcium content in the blood occurs at the earliest stages of some cancers. Scientists claim that large moles are a warning that can save thousands of lives.

Successful tests among animals allow us to hope that in five years testing will be carried out on humans, and in a decade the technology will become widespread. Rapid detection of cancer is vital: more than 90% of women with breast cancer detected at an early stage survive for the next five years.