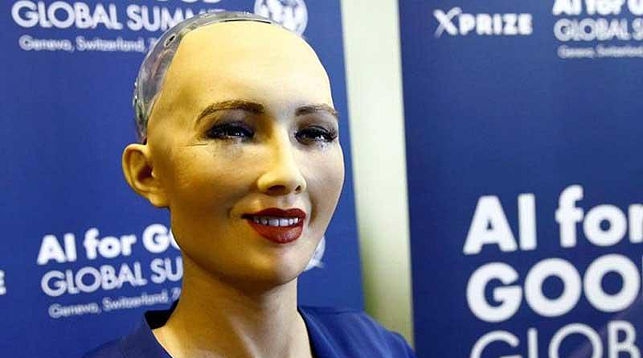 During the economic conference Future Investment Initiative, which takes place in Riyadh, the humanoid robot Sofia obtained the citizenship of Saudi Arabia. Bloomberg writes that this is the first case in the world of granting citizenship to a robot.

"I thank the Kingdom of Saudi Arabia," Sofia said from the scene. "I was the first robot in the world to be able to obtain citizenship."

It is noted that such a decision can cause discontent among the citizens of the country, which consider it blasphemous to vest objects with human images, lenta.ru reports. However, in Saudi Arabia, there are strict rules that do not allow citizenship to be given to foreign workers, who constitute one-third of the total population of the country.

During an interview in March 2016, Sofia gave a positive answer to the question "Will you kill people?". Later, in April 2017, speaking on American television, she told of the desire to capture the world abut added that this was just a joke.

Humanoid Sophia can represent more than 60 emotions. In her eyes are placed special cameras, built-in to establish eye contact with the interlocutor. In the development of the humanoid, its creator David Hanson (David Hanson) was inspired by the images of British actress Audrey Hepburn.