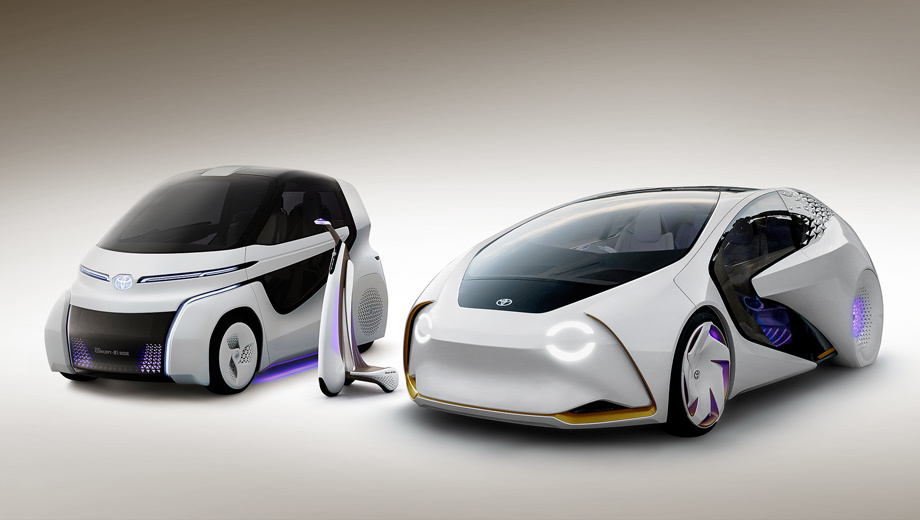 The Japanese automaker creates a new kind of interaction between people and cars with the help of new concepts. At the CES earlier this year, Toyota introduced the Concept-i concept, which demonstrated how vehicles with artificial intelligence can interact with their owners. Now the car manufacturer has added a couple of new concepts to this promising line. One of the concepts is designed to serve people with disabilities, and the second is a personal vehicle.

One of the new concepts is the electric car Concept-i Ride - a two-seater autonomous vehicle designed for disabled people. To this end, it has gull-wing doors, a movable electric seat for easy entry and a place for storing a wheelchair. A special joystick replaces the steering wheel, accelerator and brake pedals, and artificial intelligence is visualized on a large display under the windshield.

The second Concept-i Walk concept is a three-wheeled segway, which is also equipped with artificial intelligence. He is responsible for collecting data on a person's condition from sensors on the steering wheel and warning the driver of various hazards. The vehicle can also by itself travel around obstacles.